Presented through an array of media the works on view employ drawing, printed matter, installation and video the works on view straddle the transference knowledge between different realities in order to cast a complex web of reality. Functioning as important interlocutors between multiple “truths” that inhabit and trouble zones of incongruity, the six artist’s works aid in bridging the gap that exists between logic and illogic and creates a conversation between shape and form, as well as symbol and abstraction to reveal overt and covert truths.

Central to the exhibition are two main site-specific installations. Exploring shifting attitudes Berlin and Kiev-based artist Nadia Kaabi-Linke’s Mistake-Out (2018) is a site-specific wall-based mosaic installation created from over 400 fragmented pieces made from newspaper sheets that have been painted on with white correction fluid. The pieces are traces from a wall that was previously riddled with bullet holes from the publishing district in Berlin and allude to censorship and the literal whitewashing of the freedom of the press and the dubious editorial process of how news travels and is received. 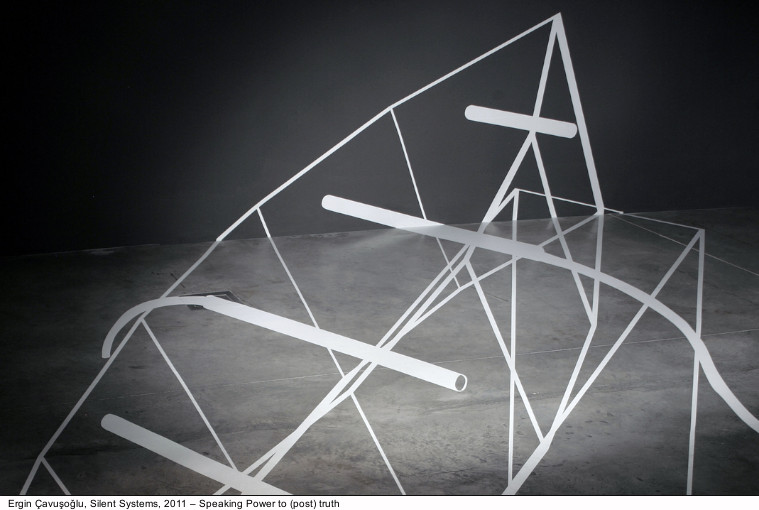 Another site-specific work made in configuration with the gallery’s architecture is an anamorphic floor drawing by London-based artist Ergin Cavusoglu entitled Silent Systems (2011). The drawing is composed of a 3D render of a building and a ship and references Noah’s Arc one of the first major migratory vessels.

Audiences are invited to interact with the drawing by walking across its entire surface and this act is recorded via a security camera, which relays this interaction onto a monitor that displays surreal images of what appears as though audiences are walking within a sculpture.

The performance of walking reinvents the drawing as a liminal work that resists fixed narratives and combines several contrasting elements that explore temporality and spatial dynamics. Both works highlight the viral nature of materials that have the ability to spiral and create new visual maps into what constitutes as the real and speak to a set of highly complicated paradoxical social, cultural and political conditions.

The unique practices that are presented within the context of Speaking Power to (Post) Truth provide an astute commentary on the current climate and site the revival of a new wave of culture wars, whereby the artist’s voice and the quest for truth is ever more urgent in challenging the decline in civil liberties. 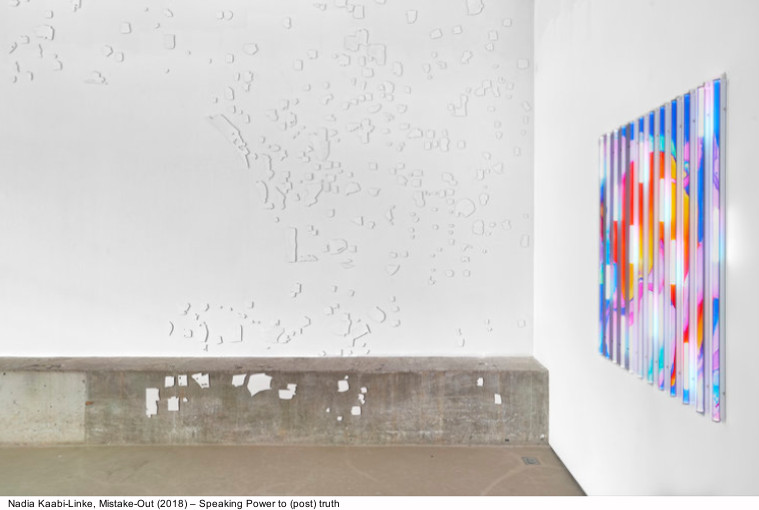 Sara Raza is a curator and writer on global art, based in New York. She was the winner of the ArtTable New Leadership Award for Women in the Arts (2016) and included in the Deutsche Bank/ Apollo Global 40 Under 40 Thinker’s List (2017). Sara was the Guggenheim UBS MAP curator for the Middle East and North Africa and curated But a Storm Is Blowing from Paradise at the Solomon R. Guggenheim Museum in New York, (2016), which traveled to the Galleria d’Arte Moderna, Milan in 2018. 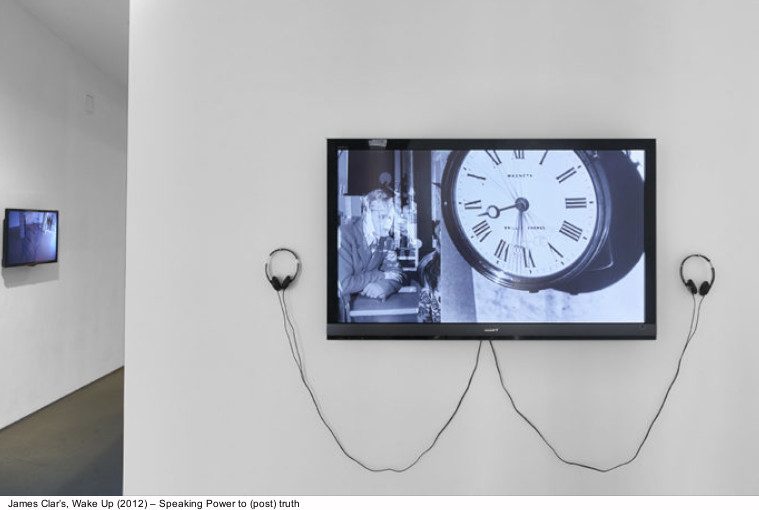 Sara has curated exhibitions and projects for several international biennials and festivals, including the Tashkent Biennial, Uzbekistan “Rhizoma: Saudi Pavilion, Venice Biennale (2013); and Baku Public Art Festival Azerbaijan (2015). She has organized a number of exhibitions for Maraya Art Centre, Sharjah. Formerly, Raza was the head of education at Yarat, Baku, Azerbaijan, founding curator at Alaan Art Space, Riyadh and curator of public programs at Tate Modern.