“The only thing one can do is to create strong, small minorities of pains-in-the-ass with a project in their minds”– Goffredo Fofi

From July 4th to 7th NONE collective organizes the second edition of Simposio, that will take place among the mountains at the Eni Village of Borca di Cadore (BL), in the heart of Dolomiti. It will be possible to book for this new experiment until May 31st.

Three days during which a community of 160 willing people will face the mountain environment, the artistic practice, the practical analysis, the utopia. Three days in which artists and intellectuals will share ideas and thoughts and will deal with the need to shape a common model, starting from the village. 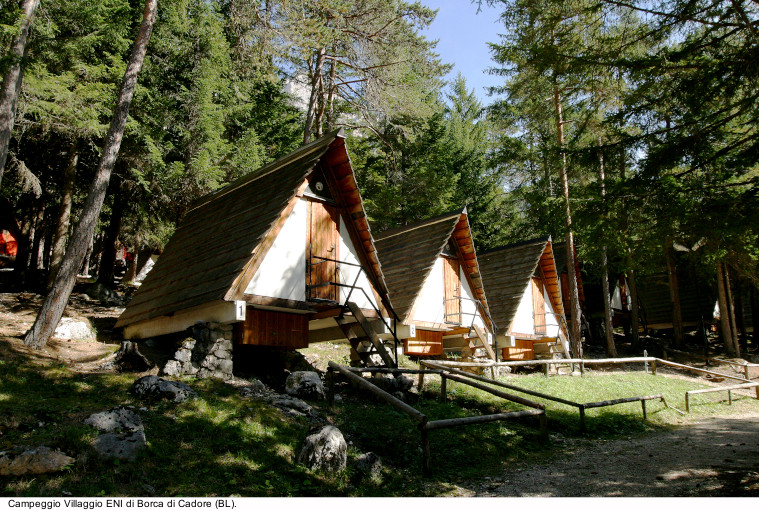 Within the Village we will try to define new rules for the society through laboratories. Every lab will be documented to write testimony documents and a manifesto for future activities. Undoubtedly, Simposio is a non-profits project, which existence depends on active participation.

After the first roman experiment, this year Simposio moves at Eni Village in Borca di Cadore (BL) that was established between the late 1950s and the early 1960s, thanks to Enrico Mattei’s political and entrepreneurial ability, ambition and enthusiasm. The basic idea that underpins this visionary, ground- breaking project-in-progress was a sort of social city planning idea; Mattei’s expansive mind conceived this idea, which was later implemented firstly by Edoardo Gellner and secondly by Carlo Scarpa, who collaborated for some parts. Both interventions showed high architectural quality.

The aim of the Simposio is to create a real community by stimulating perception, critical faculty and deep thought to try to create new models for understanding the contemporary world and to formulate new worlds. Coming out of your perceptual bubble, and away from the comfort of Google, we will try to propose new society ideas. 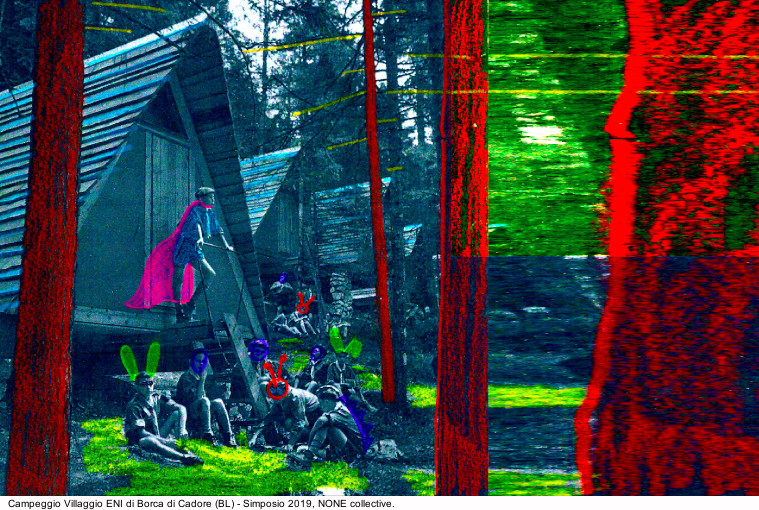 NONE collective is based in Rome, it is an artistic collective founded by Gregorio De Luca Comandini, Mauro Pace, and Saverio Villirillo, a physical and conceptual space that develops transmedial projects that reflect and interpret the contemporary condition of being in the digital society.

NONE uses technology, architecture and narrative to engage people in immersive experiences that interpret the eternal dilemmas of humanity, stories that face the uncertainty of unanswered questions, the confusion of distinguishing authenticity and fiction.

NONE explores the boundaries of identity, awareness, and perception by producing experiences that investigate the relationship between numbers and nature, artificial and human, memory and imagination, autonomy and thought.