The exhibition respektive Peter Weibel marks the 75th birthday of Peter Weibel and presents for the first time an overview of this internationally renowned media and concept artist’s work to date. Building on Peter Weibel’s twenty years as the artistic, academic, and executive director of the ZKM, the exhibition explores subject areas such as the mechanisms of perception and thought, the autonomous world of machines, the crisis of representation, the operating system of art, and the relationship of the arts, politics, and the economy.

With reference to Peter Weibel’s work as a curator and theorist, the exhibition shows how his artworks, which rank among the icons of media art, anticipate key developments in the art of the late twentieth and the beginning twenty-first century, and radically interrogate established ideas about art. 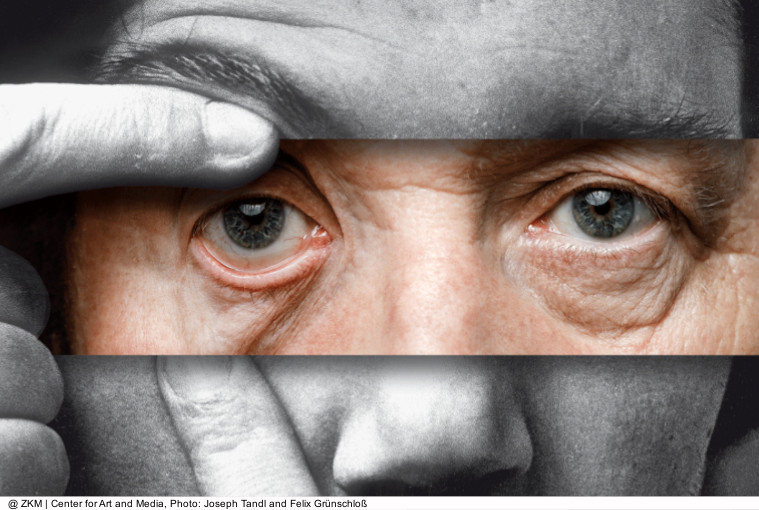 In the conditions created by the media age, since the 1960s Peter Weibel has created an oeuvre that consistently dares to conceive artistic creativity as an open field of action. Starting from his profound study of language theory, mathematics, and philosophy of logic, from 1964 he developed an artistic language which led him from visual poetry and experimental literature to performance art and the deconstruction of cinematic representation.

From 1966 he was already utilizing participatory and interactive practices in his works, which as of 1969 led to closed circuit video installations, and in the 1980s to the first interactive computer installations, which he used to thematize the relationship between media and how reality is constructed.

The exhibition is curated by the ZKM collective and is the first exhibition to present an overview of the complete oeuvre of this nomad who travels between art and science and consistently pursues his take on a problem to the diverse materials, forms, and techniques where it may lead him.

The exhibition traces the development of his artistic works from the critique of perception to the critique of language and media, and then to the critique of reality. In parallel to this Peter Weibel evolves novel utopian visions of a free society and the freedom of the individual on the basis of his own technological inventions. 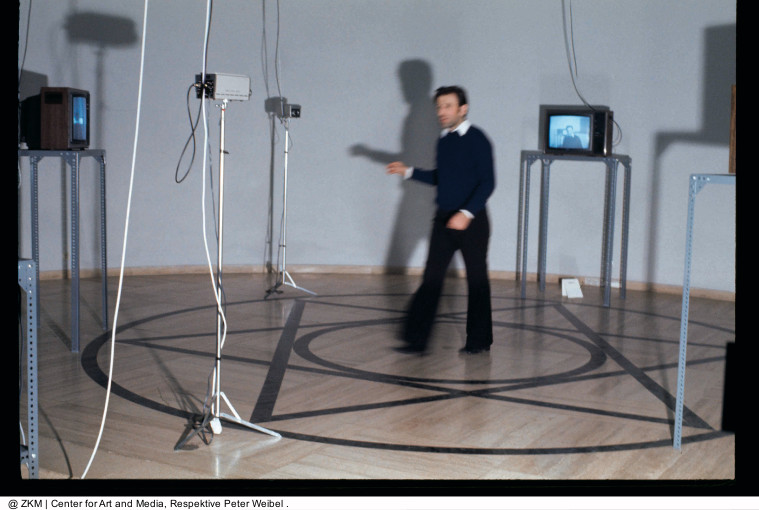 The exhibition respektive Peter Weibel will be accompanied by a scientific symposium which will take place on Saturday, 21 September 2019. The symposium’s point of departure is Peter Weibel’s artistic oeuvre, which serves as the springboard to discuss the major themes of media art and the institution of the museum that his artworks address.

It includes the mechanisms of perception, the laws of thought, the autonomous world of machines, the crisis of representation, the scandal of art produced by apparatus and machines from imaging to biomedia, the changing museum in the age of globalization and digitization, as well as the relationship between the arts, politics, and the economy.