Rachel Rose’s exhibition takes us on a labyrinthine journey that explores what it is that makes us human and the means we seek to alter, enhance, and escape that condition in an era of major unrest. In five video installations and a series of sculptures, for her first large-scale solo exhibition in France the artist investigates states of being from birth and childhood, to immortality, through spirituality and infinity. 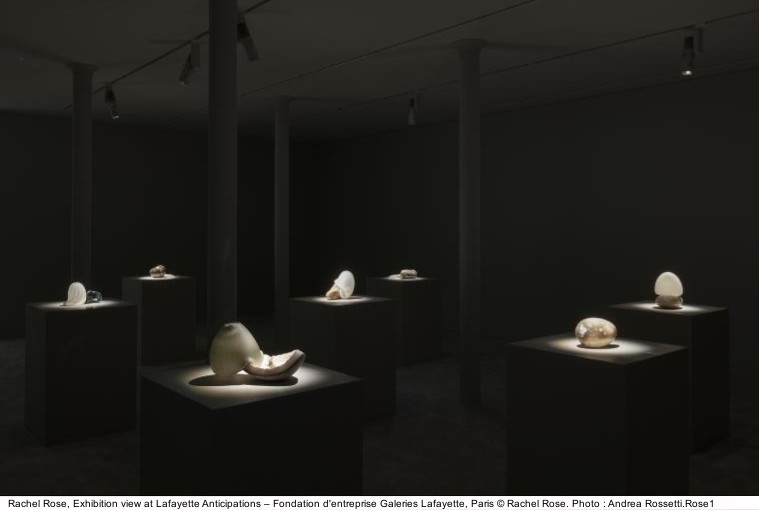 Rose first conducts in-depth research before producing her films, which incorporate collaged filmed and found footage, along with audio and image distortion. Whether she studies the history of children’s literature, interviews an astronaut or fictionalises a story of women and magic in 17th century agrarian England, the cultural forms and figures of her inquiry are often representative of more existential questions. As such, Rose persistently explores how our changing relationship to our environment has shaped storytelling and belief systems.

The exhibition design amplifies the immersion of Rose’s works in in-between states of being, by affecting the physical and psychological state of the viewer. Shimmering surfaces, ghostly screen backs and absorbent tunnels are some of the strategies, which the artist uses to instill a sense of disorientation, hallucination and uncanniness. Imagined as a whole, works and scenography engage each other in prolonging Rose’s interests in relationships between animate and inanimate, human and posthuman worlds, at a time of major environmental and spiritual upheaval. 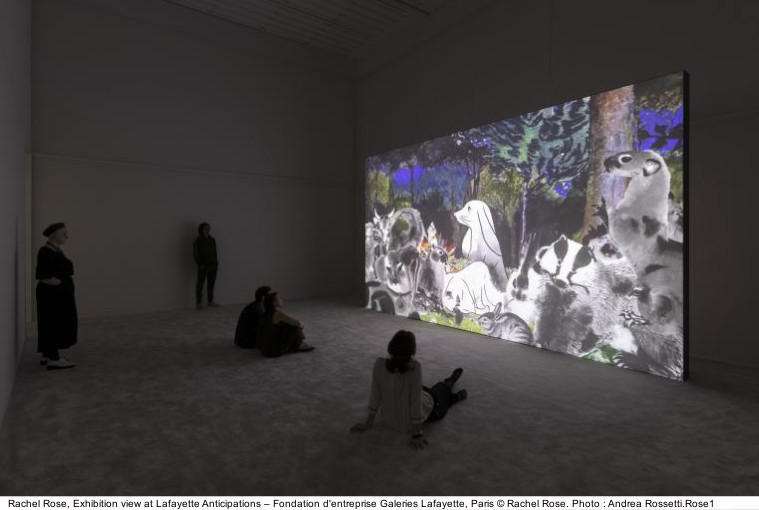 This exhibition is adapted from Rachel Rose’s solo show, which was presented at the Fridericianum in Kassel, Germany (October 25, 2019–January 12, 2020).