Suwon Museum of Art presents a solo show of Gary Hill encapsulating his 50 years of artistic practice from the 1970s, when video art began, to the present time. Gary Hill investigates language and body as core elements defining what it is to be human, and the form of spaces that humans inhabit.

Consisting of representative works spanning almost four decades from 1981 to 2019, the exhibition is titled Momentombs, which is a combination of “moment” and “tomb” alluding to his art world where images, words and sounds reprise their birth and death, joining and separation over time. As soon as an image and a word disappear, along comes another pair, emerging to replace them. However, those “momentarily” vanished images and words are not completely dissolved. Instead they move to a “place” – a tomb for instance – where they meet and extend new meanings. 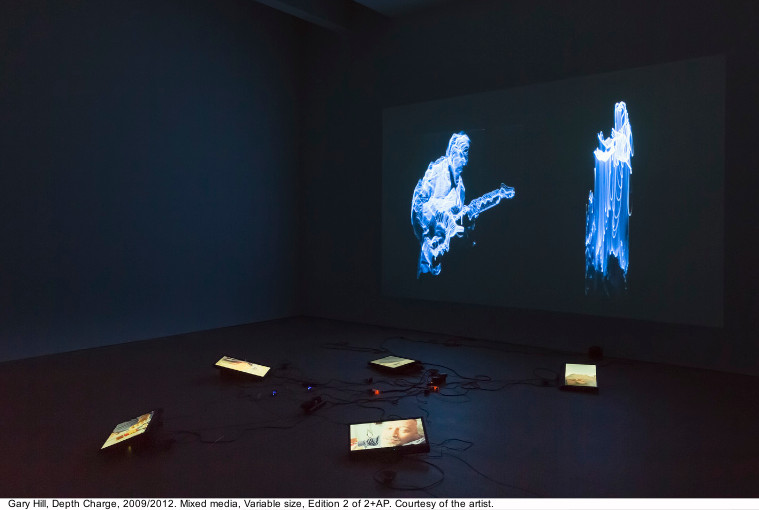 Born in 1951 in Santa Monica, California, Gary Hill began his career as a sculptor and yet saw other possibilities in 1969 when he encountered contemporary art in New York. He started to employ video and text based on a new perception of sound in the 1970s and was noticed by the art world. In his later work intertextuality comes to the fore, focusing on the relations between words and images, and words and their pronunciations.

Also, the interrelation between a work on display and the viewer is one of his main concerns. Language, a recurring theme in Hill’s oeuvre, is not something in a fixed form and composed of predetermined words and pronunciations. It is open to endless change. By reconciling language and image and through the process of loosening the bond between words and their signified meanings, Hill creates what many have described as “visual poetics,”

He changes our way of understanding a work of art, drawing attention to the formless space between work and viewer and suggesting that it is open space and free from any previous associations. It would be a mistake to characterize the fragmented images in Hill’s oeuvres as simple listings of words. 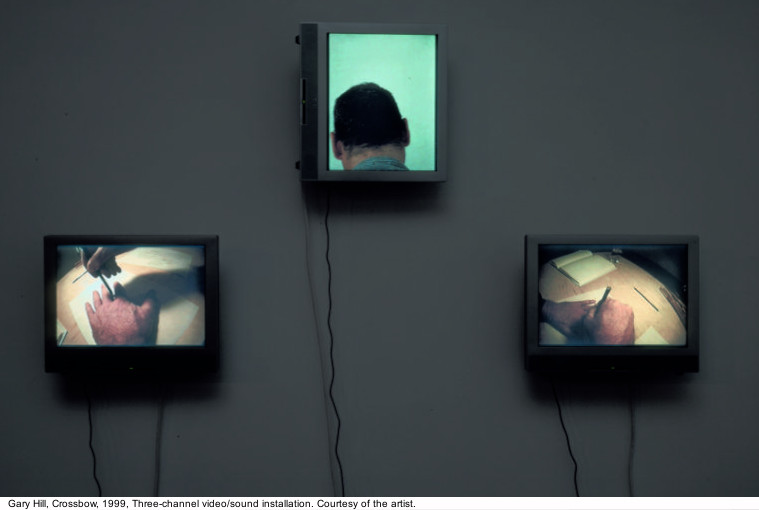 He attempts to speak of an indeterminate space through division and deconstruction. What is important is the interaction between the viewer and the work in the subtle and indefinite space between them where tension is increased but at the same time richer and proper appreciation of art is mediated.

This exhibition Gary Hill: Momentombs will provide an opportunity to meet the fruits of Hill’s lifelong contemplation and practice of examining words and images, body and technology, virtual and real space, in a setting free of any interpretation.