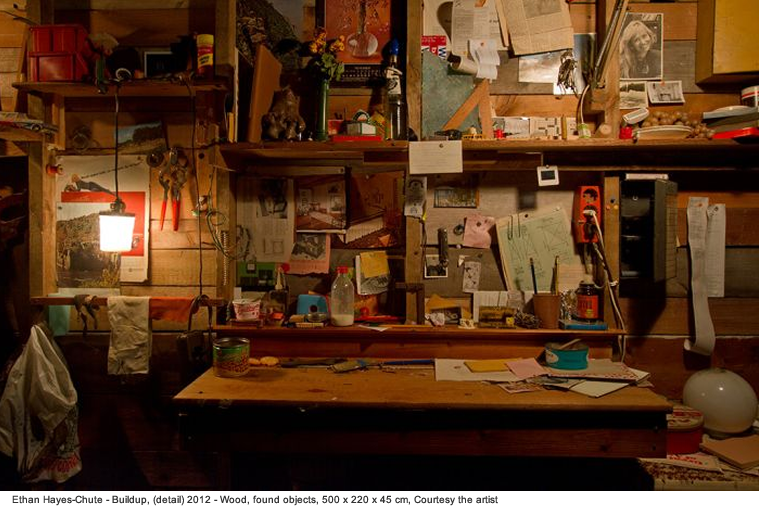 He takes a DIY, vernacular approach to technology and architecture, and constructs nearly functional cabins and partial interiors, outfitted with minute attention to detail, from salvaged materials. His new installation for the List Center includes the display of a number of Epson HX-20 computers. Hayes-Chute reprograms the near-obsolete machines—considered to be the first laptop computers and becoming widely available in the United States in the early 1980s—and uses them for a range of practical applications, including as a labeling device for his absurdist home-made ointments, sauces, and custom spice blends, which have been arranged into various shelf and table assemblages.

The typographical and format restrictions imposed by the rudimentary word processor are a signature graphic element throughout his work, turning the HX-20 into, as he states: “a sort of retro-futuristic concrete poetry device.” 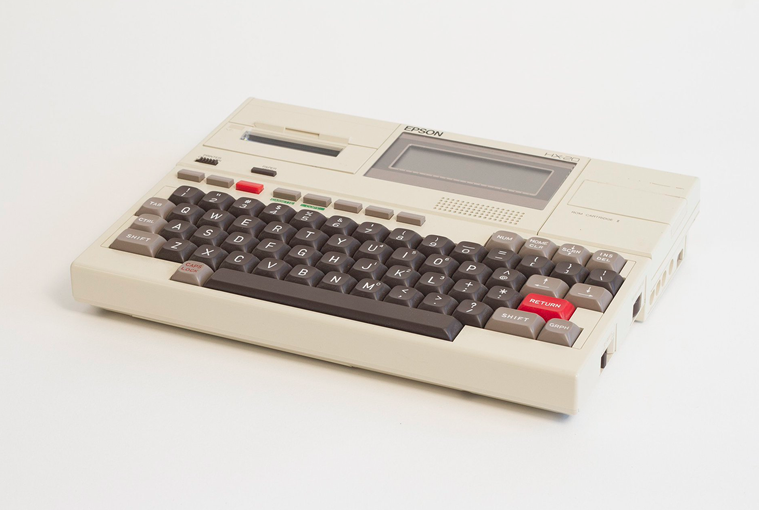 The New Domestic Woodshop (2016) is Hayes-Chute’s contribution to the artist-run television channel CONGLOMERATE.TV founded in Berlin earlier this year. Billed as bringing “domestic fantasies to life,” the video series riffs both on television shows such as This Old House as well as the more recent proliferation of amateur tutorials posted on You Tube. As he demonstrates how to construct a functioning pizza oven from two hot plates, for example, Hayes-Chute also presents a deadpan reflection on his approach to materials and his working process in the studio.