“Making Kin”, the connections between ecosystems and human influence

The acute impact of climate change and the related drastic predictions on environmental issues are not just on the current agenda of policy makers and economists, but have mobilized a young generation around the globe to engage in radical activism demanding prompt climate protection measures.

Humans have so massively interfered with biological, geological and atmospheric processes that an entire geological era is marked by the effects. Consequently, we are in the midst of an ecological crisis, the extent and end of which is unforeseeable. We are experiencing an irreversible mutation of the global climate that endangers the inhabitability of our planet. Through the destruction of habitats, it also plays a part in the extinction of species worldwide.

Especially against the backdrop of the ongoing pandemic, it is necessary “to stay with the trouble”* and deal with kinship systems among various species. The exhibition Making Kin at the Kunsthaus Hamburg assembles three artists with a wide-ranging agenda for art and cultural policy and asks: How do we want to live in the future? How can the given diversity of existences and their modes of life establish and maintain connections with one another and what kind of symbiotic relations can emerge from this? 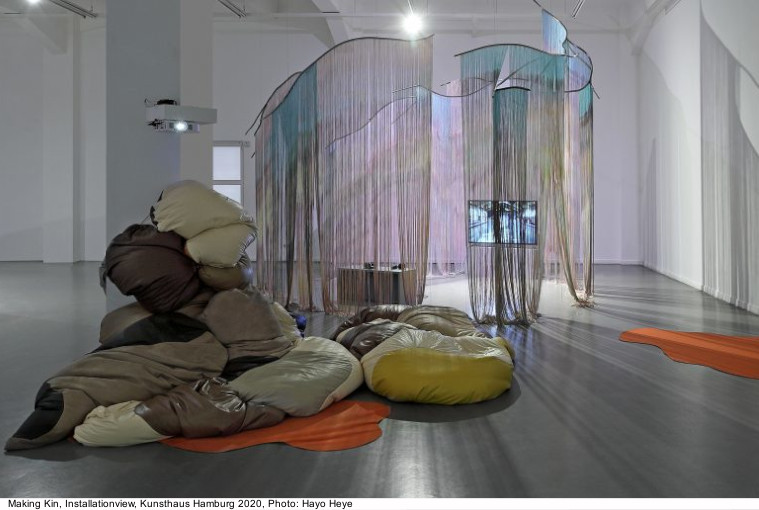 In a combination of various media such as video, installation, performance and drawing, Melanie Bonajo, Madison Bycroft and Anne Duk Hee Jordan devote themselves to the ecological challenges of our time and examine the connections between ecosystems and human influence. They explore concepts of community that, rather than adopting an anthropocentric view, underscore equality within species diversity.

“Making kin,” the phrase that gave the show its title, is a maxim coined by the philosopher of science and pioneer cyborg feminist Donna Haraway who calls for an interspecies symbiosis. Her texts are teeming with all kinds of different creatures. To ensure a liveable future for the following generations, we, as mortal “critters,”** need to link up ourselves with multiple configurations of places, times, matters and meanings so that new life can be “composted” from the planet-destroying Homo sapiens. 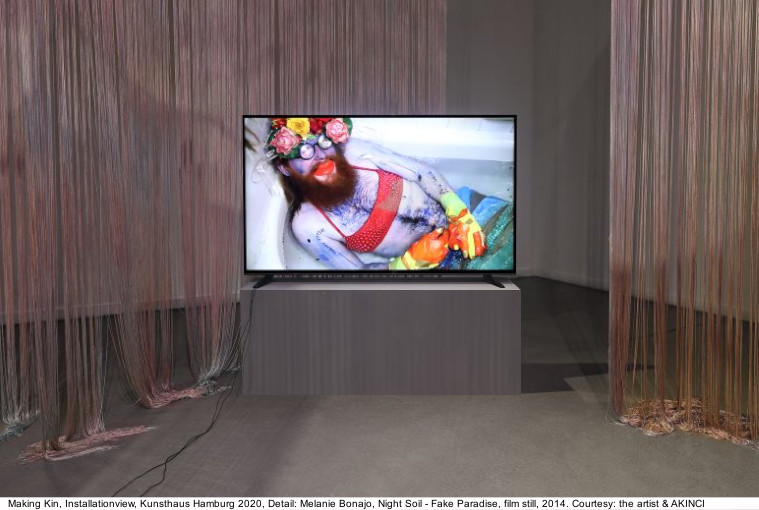 The artists scrutinize established terms like nature, culture and technology, including their definitional boundaries. They are interested in the hybrid network between humans and their environment. In a humorous and playful manner, they draw up experimental and future-oriented scenarios that challenge our customary lifestyles and likewise make new models of community both imaginable and apprehensible. New works were created for the exhibition that inspire us to reflect upon an overall ecological principle of connectivity.

*Haraway, Donna: Staying with the Trouble: Making Kin in the Chthulucene, 2016.
**An American term for “all kinds of creatures,” used by Haraway for microbes, plants, animals, humans, non-humans and machines.