Spatial Momentum. An interview with IOCOSE 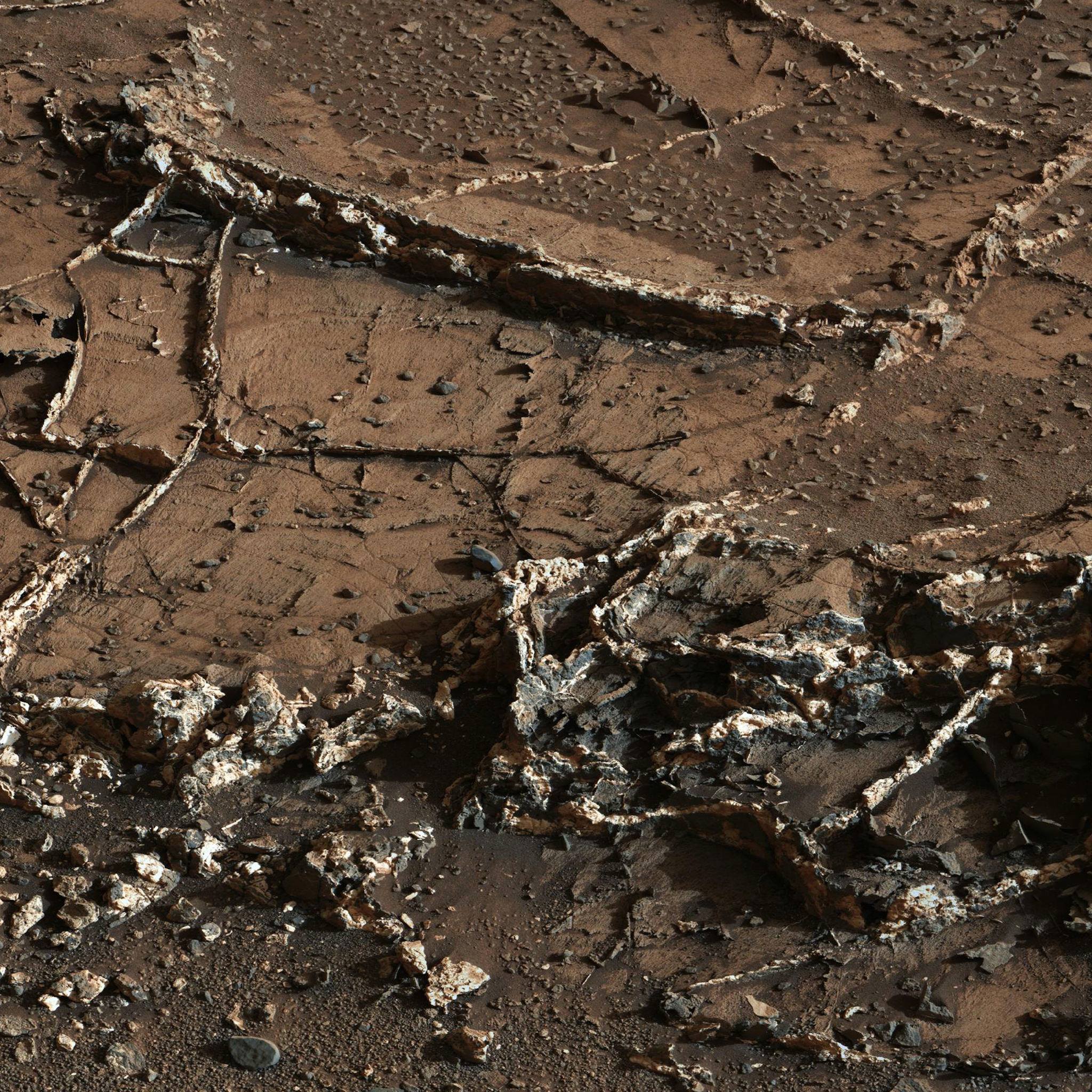 Pointing at a New Planet is a 3D animation video loop by IOCOSE collective. A web-based version of the work is available until the 23rd of July 2020 within the frame of INBTWN programme.

Pointing at a New Planet is the preview of a wider research the collective has developed on New Space. Born in the Silicon Valley, New Space is a movement that sees private firms reviving the race to spaceflight and the conquest of the universe. The video loop depicts a three-dimensional model of the hand of Elon Musk – one of the major actors involved in the New Space movement – roaming uninterruptedly in the martian space. To realise the virtual cast of such body part, IOCOSE has gathered video sources available online about Elon Musk’s public appearances as CEO of SpaceX. They have examined his continuous hand gestures, the way he points at planets and invisible destinations, and the recurrence of the act of pointing, a sign full of meanings both in art history and contemporary iconographies. Through the simulacrum of Musk’s hand travelling to new territories to colonise, IOCOSE establishes a link between the body, its languages and the narratives related to the prediction of the future, to the bonds between sight and knowledge, exploration and command.

The web-version of the work, supported by a homepage that IOCOSE collective has specifically designed for INBTWN website, evokes one more “index”: that of the user and of conventional scrolling gestures. During the fruition on mobile devices, the physical touching of the index finger scours the space of the screen, navigating the desktop graphic interface through its translation into the mouse pointer. The space outside the video frame is inhabited by traces evoking collective imaginaries of spaceflight and planets to discover. The user’s index is lost in a interactive kaleidoscope made of regolith, the material covering the surface of the Earth, the Moon and Mars, the latter being the planetary body at the center of Musk’s conquering aims.

The space travel undertaken by the hand, the protagonist of Pointing at a New Planet, is accompanied by the sound of a surreal karaoke, performed by the voice of Albertine Sarges weaving together the most sensational of Musk’s statements. In the web version, the loop repeats the melody of the voice indefinitely. And once you hear it, you may find yourself humming “it’s gonna be difficult, dangerous, good chances you’ll die, excitement for those who survive…”.

For this interview, we chose to revisit the work also through an atlas of images selected by the collective in order to disclose the investigation of visual cultures that characterizes their research.

Pointing at a New Planet by IOCOSE is available to watch until the 23rd of July on www.inbtwn.it/. It is the first work of INBTWN – In Between, a programme curated by Claudia D’Alonzo dedicated to the relationship between body and technologies, functioning as the second chapter of XL, the new format of Centrale Fies. Digicult contributes to the project as media partner and from June to October it will host additional contents on the diverse stages of the programme.

Claudia D’Alonzo: How did the work and more in general the research on the New Space movement start?

IOCOSE: It didn’t start from a specific source, but from a series of clues that taken individually were not saying much, but accumulating one after the other they gave birth to this project. For instance, years ago we got interested in aircraft modelling, particularly in the communities of amateurs fond of building miniature rocket models powered by combustion engines. But we did stop there because we couldn’t see anything beyond our initial curiosity. The same applies, for instance, to fortune telling. When we finally read the interviews with the main actors of New Space, we saw a subtle thread connecting aircraft modelling amateurs, fortune tellers and Elon Musk or Jeff Bezos. What were apparently several unrelated themes, in hindsight began to outline a subject very relevant to our theoretical framework.

Our research focuses on the failure of the myth of technological progress and, at the moment, New Space seems to us the most effective means to explore it, for it catalyses diverse aspects that are relevant to us: the failure of speculations on such myth, the sense of sacredness that surrounds it, our human expectations towards technological progress and how such expectations are spread, by which interpreters, for which audience and through which language. 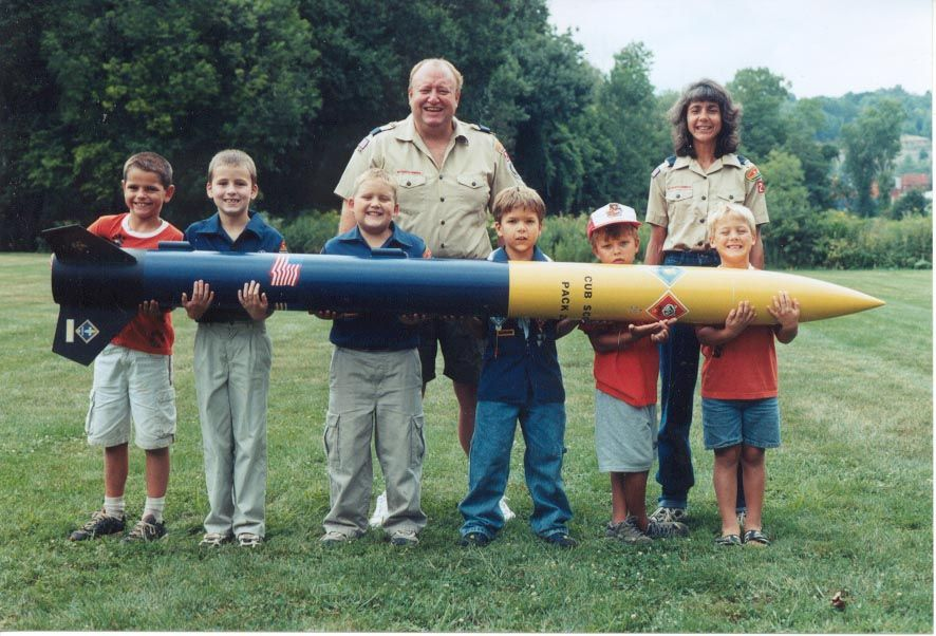 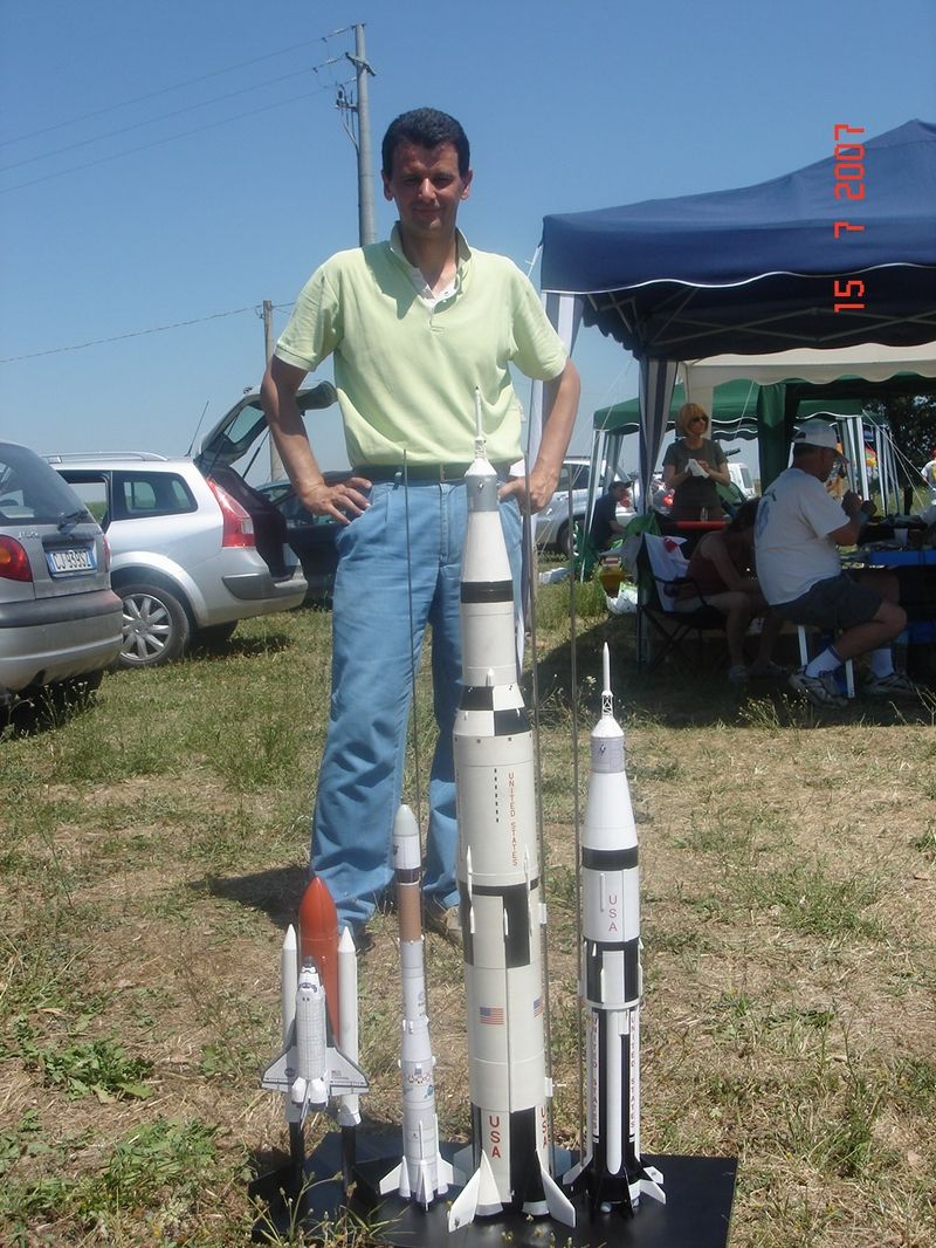 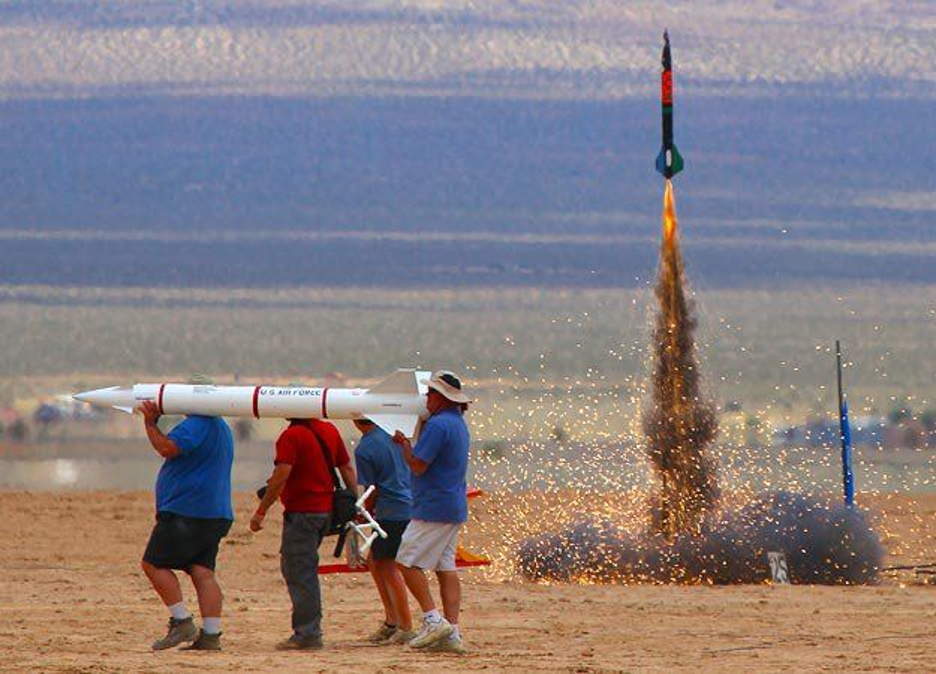 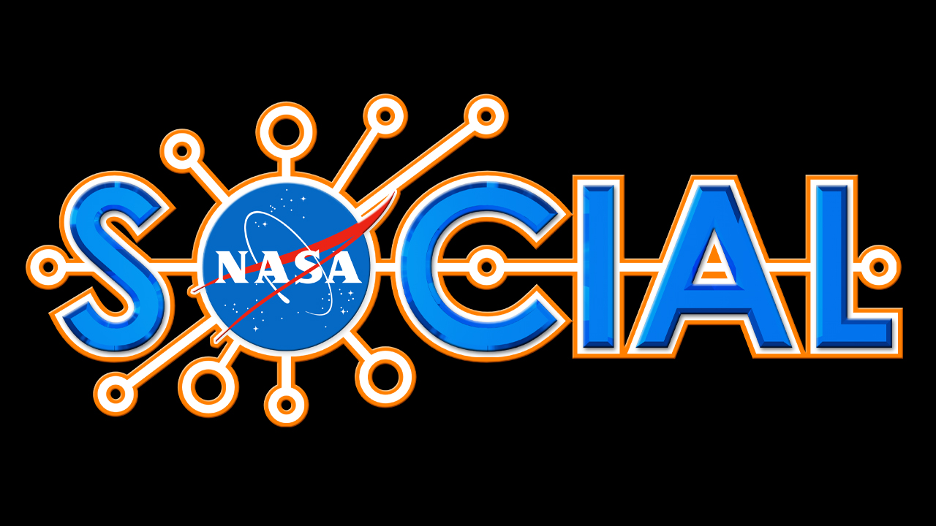 Claudia D’Alonzo: Why did you choose to focus on Elon Musk’s proxemics? What do his hand and gestures narrate?

IOCOSE: Something that has always intrigued us about the projects of Elon Musk and co., looking at the way they are presented in press conferences, is the imaginary homogeneity of the space between the Earth and Mars. Even though we are well aware the Earth has several inhomogeneous geographical elements, the space outside the Earth is imagined as always identical to itself, despite its incredible extension. We like to look at how such imaginary is created, focusing as much as possible on the most insignificant detail. Musk’s hands and his gestures seemed the perfect starting point.

We have paused to observe how, from a Californian stage, Musk pointed at these desolated fields millions of kilometers away, ready to be colonised and tamed. We aim to reduce such fantasy to a gesticulating hand, depicted in the details of its wrinkles and veins. Hands have always had a role charged with multiple meanings: slight-of-hand techniques and magic are based on hand gestures; hands can deceive and conceal; the hand has always been charged with religious and mystical meanings, such as in the case of the Hasma, the Hand of Fatima, a symbol that we can find in different traditions and cultures, faraway from each other both space- and time-wise.

A further element that we are interested in is the iconographic tradition of buona ventura, i.e. fortune telling: palm reading is perhaps the most striking and, in our opinion, definitive case associating the hand as a symbolic element to the vision and narration of the future. Through palm reading the future takes shape as idea and as storytelling.

The association between body and narration of the future is found again between the transhumanists, a perspective that finds in Silicon Valley’s rhetorics of innovation and technological progress a fertile ground to spread and establish itself. To transhumanists, the body is a biological substrate that restricts the evolution of the human being and which, therefore, we should get rid of. At the same time, according to a transhumanist view, it is only through a cryogenic preservation of the body, or part of it, that humans can overcome death, awaiting technological singularity. Hence, it is no coincidence that Musk’s hand flying over the surface of Mars is a severed hand, detached from its own body. 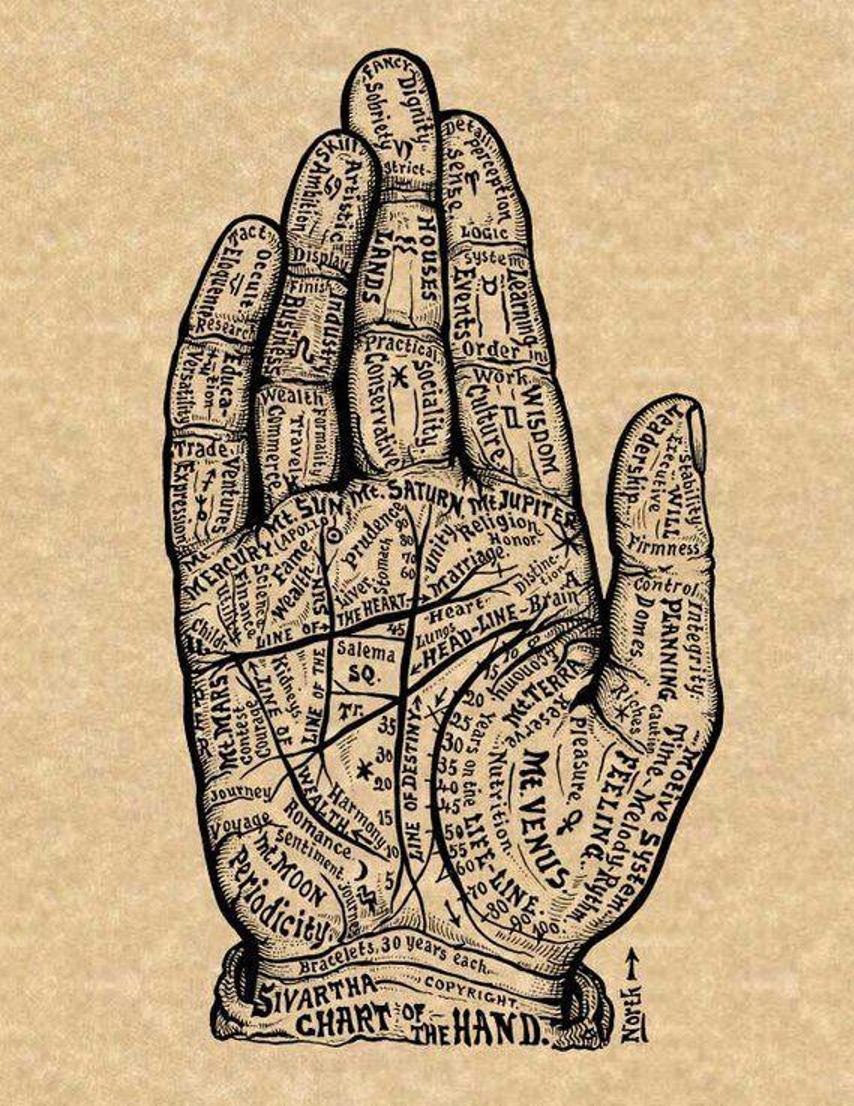 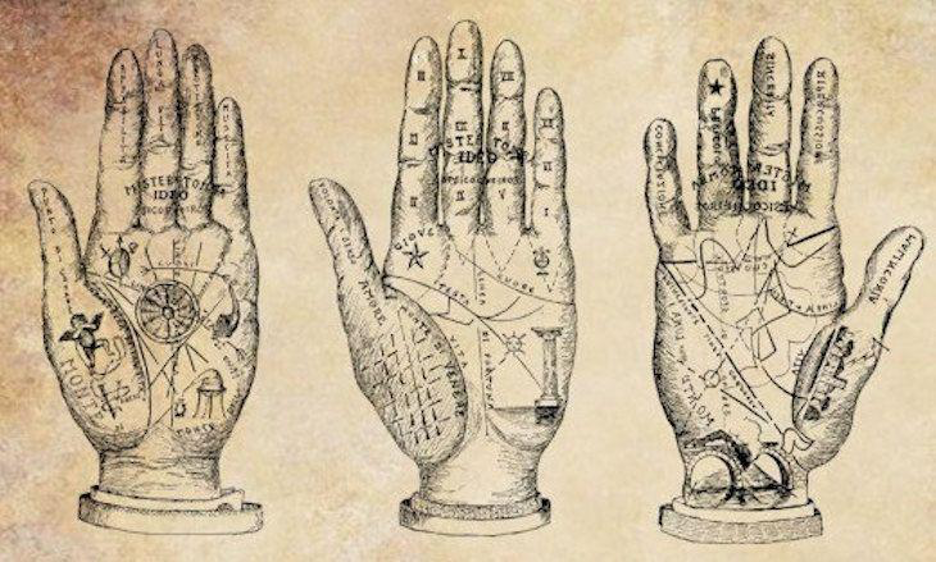 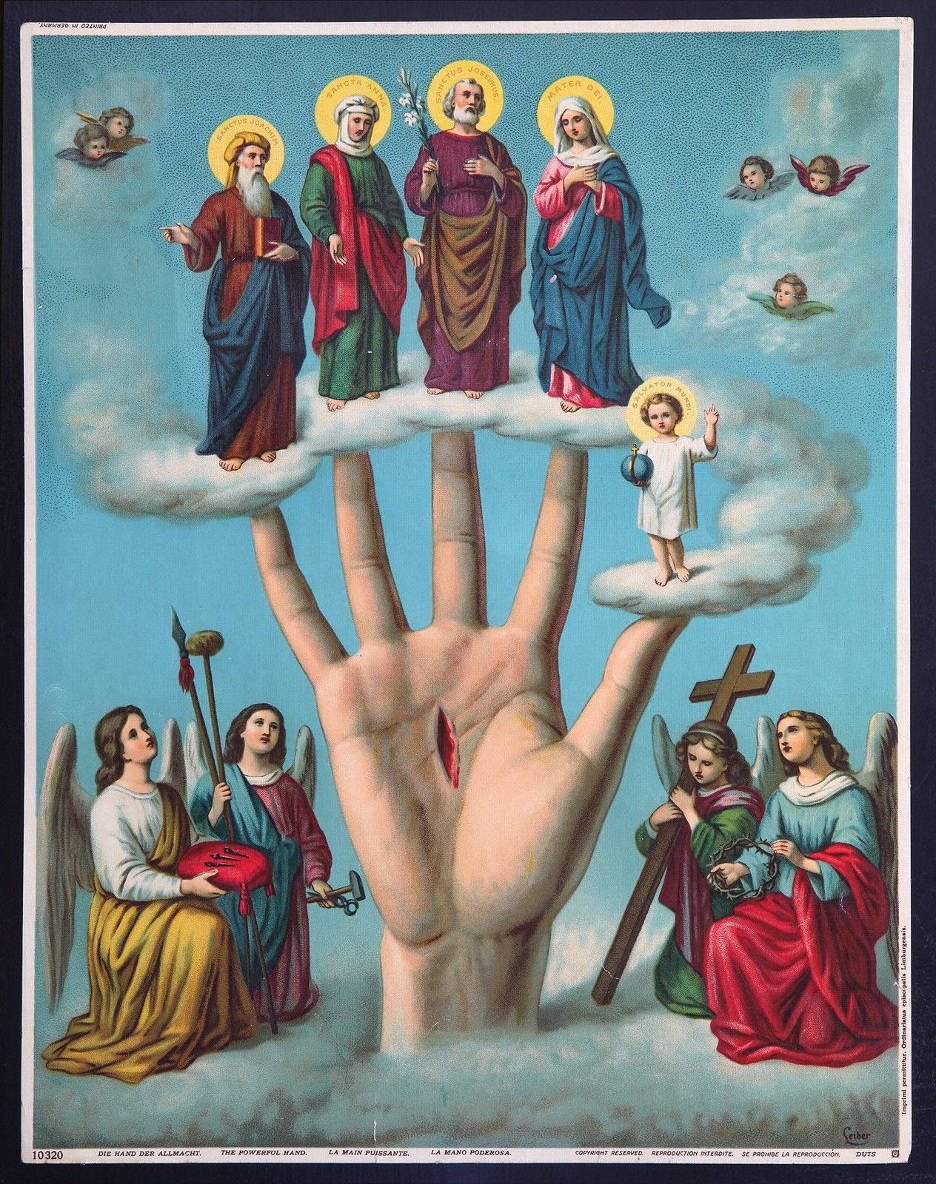 Claudia D’Alonzo: Among the various gestures and ways of speaking through hands, you have focused on the act of pointing, something that is present also in previous works of yours. It’s a gesture that has a very wide iconographic and iconologic tradition –showing, the eye, seeing knowledge, but also command, power, and in christian iconographies pain, the terrestrial and the otherworldly and more. Can you tell me why exactly you chose this gesture, which meanings among many you are interested in, for instance among the diverse symbolisms from the history of art and the more recent ones related to web culture?

IOCOSE: The index finger is the reference vector par excellence. Only humans and dolphins are said to understand that a pointed index indicates something. Magicians and illusionists are constantly pointing at something in front of their audience, but they do it to deflect their attention from something else, to distract and deceive. In our everyday desktop graphic interfaces, the index corresponds to the pointer. Throughout the history of art we can find several famous hands pointing their index finger: the one of Caravaggio’s Saint Thomas, that enters in disbelief the wound on Christ’s chest to verify that it is real; two index fingers are those that Michelangelo uses in the Last Judgement to suggest a possible connection between man and God. The finger is used to point, to blame, but also to call to oneself, such as in Caravaggio’s The Calling of St Matthew.

Starting from the multiple meanings of this symbol, we decided to focus on a new index finger, a contemporary one, and on the planets that it wants us to imagine. To such a multilayered symbolism, we add that of a finger tracing a pathway, marking a direction. A space of conquest, to be colonised and civilised that is pointed by the index of a white male, in the latest re-proposition of a frontier, a wild land to be made habitable and hospitable for human beings (terraforming). But this is also a finger that shows a precise and unequivocal direction, suggesting and at the same time designing a path, or rather the only path that is proposed as the main way to pursue progress. The imagined future is one and one only, without any possible alternative choice, as the road to get there is already planned. There are no other ways.

Lets not forget that, if you really want to tackle a possible phenomenology of the index finger as a symbol, an unavoidable reference are law enforcement pointing at things. 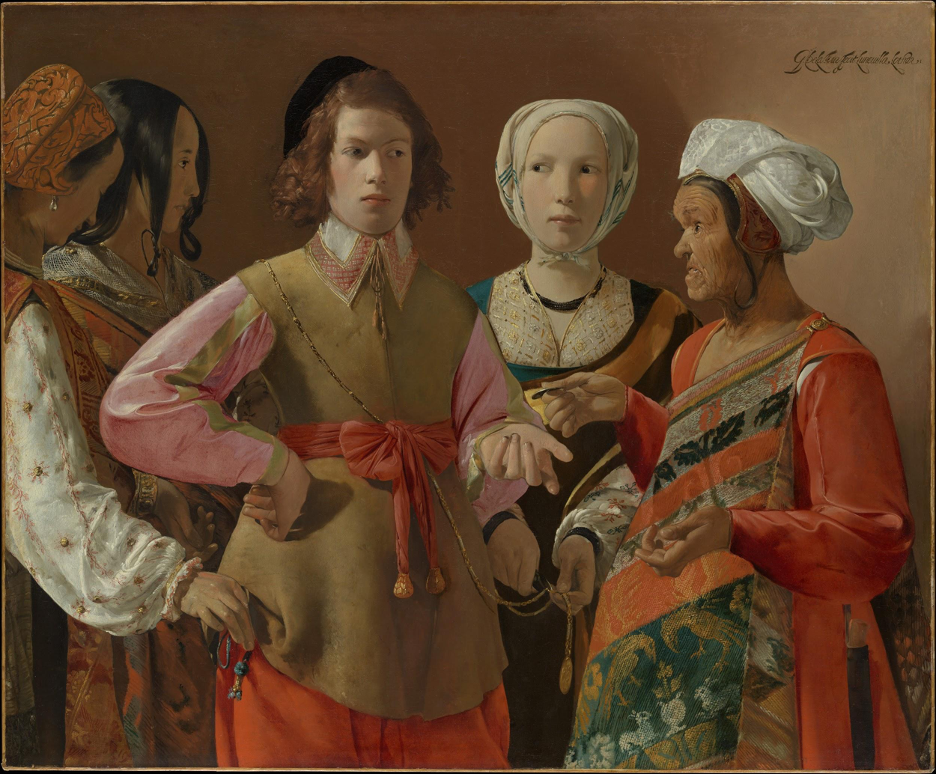 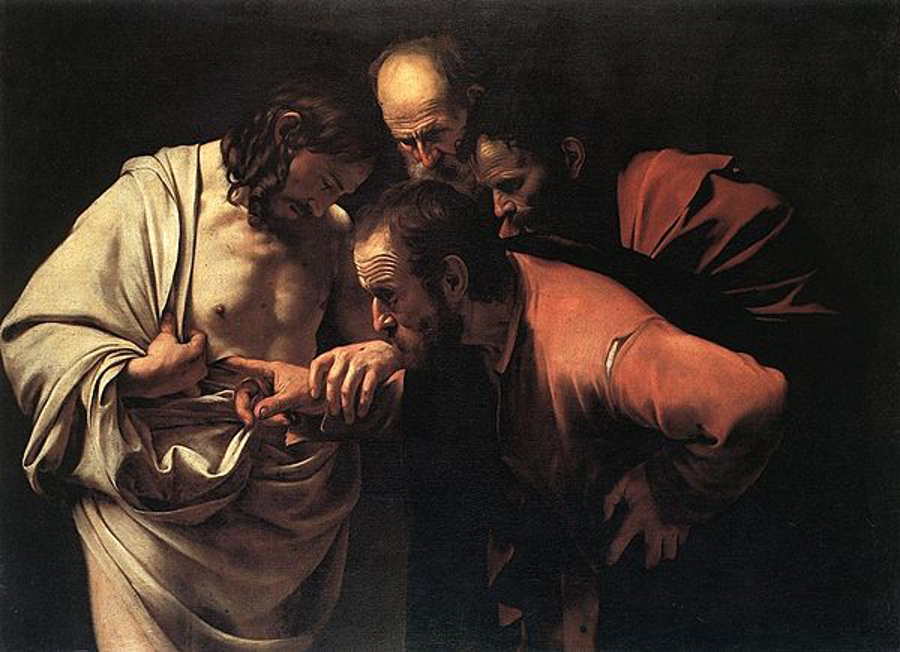 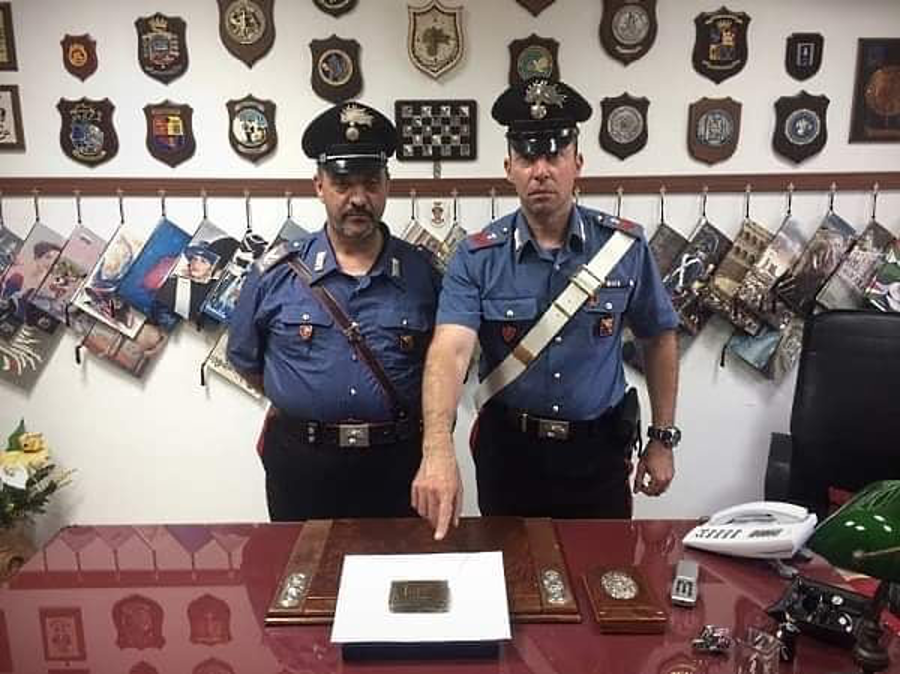 Claudia D’Alonzo: Speaking of embodiment, can you tell me about the karaoke format that you chose to present fragments sourced from Musk’s speeches, and also about the loop and the catchy and recurrent melody?

IOCOSE: Our karaoke is somewhat an atypical one, for the song lyrics appear in the video with an animation that helps the interpreter to follow the rhythm, but the voice of the performer, Albertine Sarges who sings the lyrics, is also heard, taking the place of the traditional backing track that accompanies the text in overlay. We chose a karaoke format made of a collage of sentences sourced from Musk interviews for two reasons: the first one is that we wanted to question their credibility. A successful karaoke needs the interpreter to fully identify with the author of the song, which is expected to be sung with the same tone of voice, the same emphasis. With what kind of emphasis and enthusiasm can we approach sentences stating, for instance, that “humans need to prioritise the colonisation of Mars” or that “we have to become a space civilisation”? The second reason is that a karaoke song allows us to implode in a single text several catchphrases, some of the most amazing and exaggerated ones that Musk had pronounced during pitches or interviews. Placed side by side they appear even more striking than when they are spread across a thirty minutes speech. We chose the rhetorical figure of hyperbole to emphasise the desire of conquest and megalomania, what we call “spatial momentum”, to enhance the contrast with the hand flying lonely over a field of rocks.

The references for the music have been diverse, from Demetrio Stratos to Jesus Christ Superstar, from Star Trek theme song to Youtube “singing warm up tutorials”. We wanted something lighthearted, something you could sing in the shower, but at the same time complex, epic and a little baroque. Albertine Sarges, the singer who collaborated with us, came in tune with the work and wrote this song that immediately convinced us. 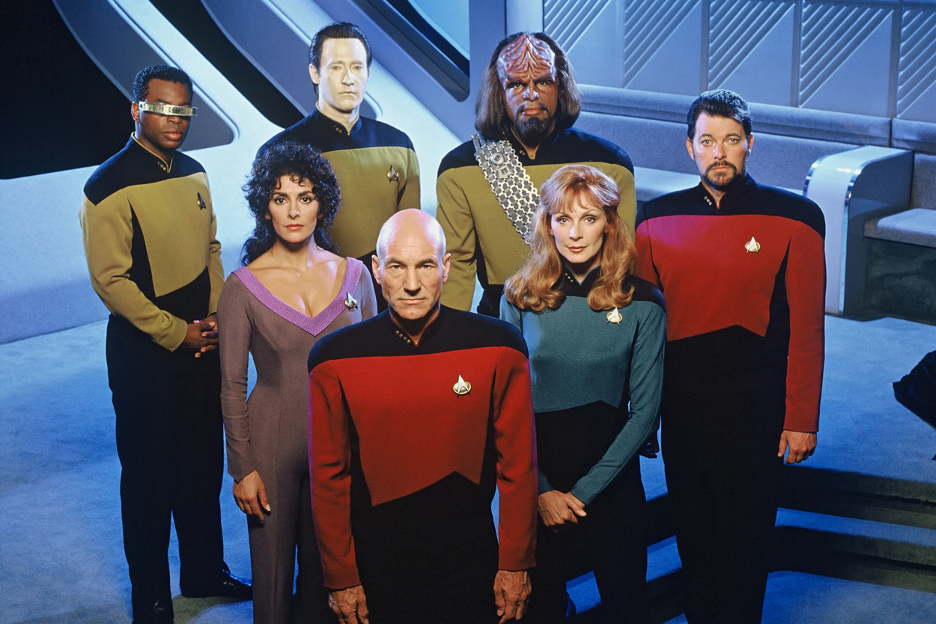 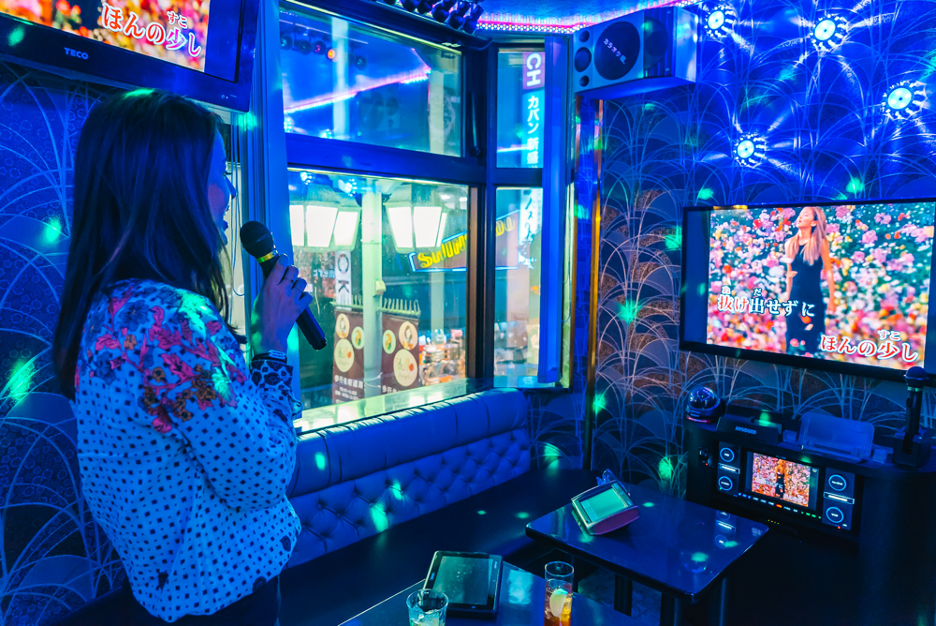