Liisa Lounila’s works make subtle observations noting things that are easily overlooked. The artist never plans her work in advance but randomly documents “strange occurrences” on video or audio track. There is something mystical about everyday objects and situations that Lounila strives to capture in her works. Characterised by a calculated aloofness and technical precision, the works nevertheless contain a sense of nostalgia and timelessness. They are inspired by the artist’s travels and nature experiences and more broadly by popular culture and visual art. 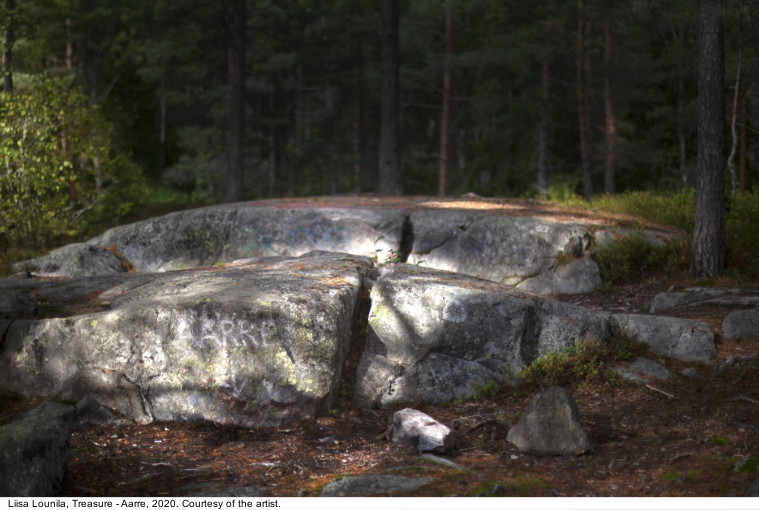 This exhibition presents Lounila’s media art and objects from 2008 to 2020. Sound is the connecting thread between the works and spaces. The mechanical ticking of clocks and varying nature sounds transport the visitor from one room to the next, reminding us of time’s inexorable passage.

In Seven Crystal Balls, 2019, the voices on the seven radios belong to anonymous New York-based psychics analyzing their clients’ lives by reading their palms and faces. In the video Treasure, 2020, the word “Aarre” (treasure) is spray-painted on a rock face in suburban woodlands. Over the years the graffiti has worn away many times, but it keeps returning to the same spot again and again.

In the video projection Garden, 2017-2019, the camera circles an overgrown allotment garden. With each new cycle, the seasons change from spring to winter: the plants thrive and then wither away. The garden has been in the artist’s family since the 1970s. A few years ago it passed to the artist, but she had no interest in gardening. Instead, she filmed what happened when the garden was allowed to grow wild without human intervention. 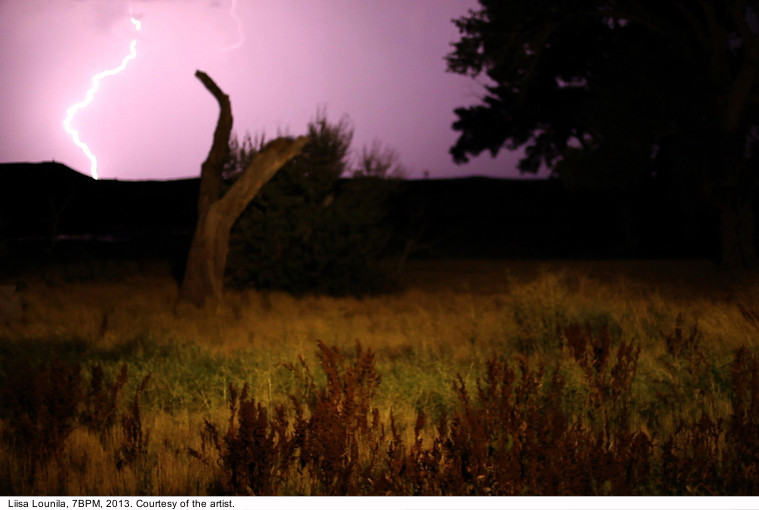 One of the older works is 7BPM, 2013. The video documents a thunderstorm by night in the US state of Arizona. Lightning repeatedly strikes a canyon behind a small swamp. The title is an acronym of “7 beats per minute,” referring to the average frequency of lightning flashes when the filming took place. In canyons, thunderstorms can continue nonstop for days or even weeks on end as if in a perpetual loop with no beginning or final climax.

In Take Away, 2017, disposable tableware and other rubbish are sealed inside the glass cube. The idea for the work came from the piles of rubbish that typically accumulate in public parks every day. The items are coated with palladium, a precious metal resembling silver. 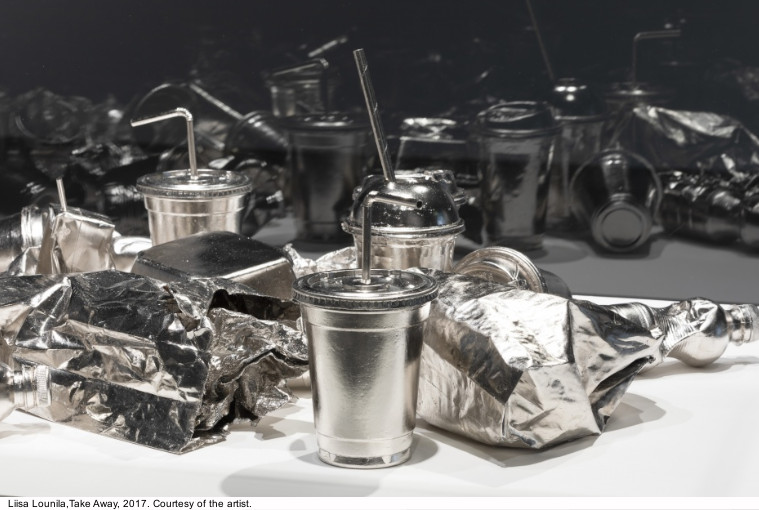 Waves are a motif that Lounila has filmed on numerous occasions. In her work Breaking Point, 2014-2020, the three videos show waves crashing on a beach. The slip of paper in the work was found among rubbish. Deserts, natural parks and dirt roads flash by on the screen – uninhabited places the artist has filmed from a car window. She recorded these places “just in case”, without any conscious intent. The massive size of her black-and-white archive was revealed when the artist found that all her hard drives and cassettes were full and she had nowhere to save new files. Though uninteresting on their own, these video clips grew interesting by virtue of their massive quantity in her video installation Passing By, 2008-2019.