The 1200-square-metre exhibition space at Eye Filmmuseum in Amsterdam has been transformed until March 3 into an extraordinary cabinet of curiosities containing works by the celebrated Czech animator, artist, writer and filmmaker Jan Švankmajer. A selection of twelve of his short films is presented amidst tactile objects, fetishes, collages and medium drawings.

A full retrospective of his longer films is also being screened on selected dates in Eye cinemas. The exhibition Jan Švankmajer – The Alchemist Wedding reveals the consistency and diversity of Švankmajer’s incredible and wonderful work. It also highlights Švankmajer’s resistance to any suppression of the imagination and his aversion to utilitarianism and rationalism in modern society.

After incurring the wrath of the communist authorities in the 1970s and being blacklisted from filmmaking for years, he is now hailed as one of the most influential artists of the Czech Republic. Jan Švankmajer was born in Prague in 1934 and studied stage design and puppetry. 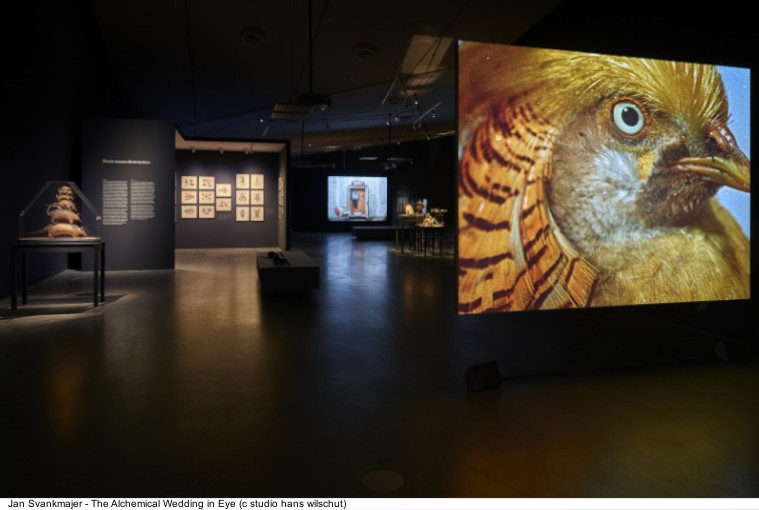 He made his first short animation film in 1964, and since then has created a body of work that is rich in eccentric, subversive and imaginative films that have greatly influenced other outspoken filmmakers, among them Terry Gilliam, Tim Burton and the Quay Brothers. But Švankmajer’s imaginative power is not confined to film: he also makes drawings, collages, prints, sculptures and literary texts.

Since 1974 he has even experimented with the sense of touch by designing tactile objects and writing tactile poems. The city of Prague is Švankmajer’s everlasting source of inspiration. It is the city of Habsburg emperors, of Kafka, of legends and magic. Decisive influences on the work of Švankmajer are mannerism (Arcimboldo) in art and alchemy in science, which blossomed in Prague thanks to Emperor Rudolf II (1552-1612).

In the 1970s Švankmajer combined these influences with surrealism, which in Prague had evolved into a distinctive artistic philosophy. Švankmajer’s surrealism should not be confused with absurdism or an escape from reality. Instead, it is a philosophy of being, an attitude towards life and the world. According to him, surrealism is “a journey into the depths of the soul” and centres on actively interpreting our surroundings by means of fantastical ideas and imagination. 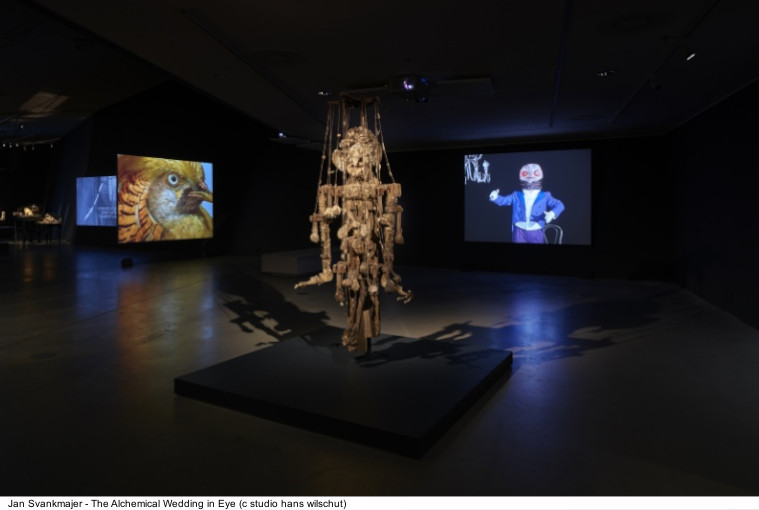 The exhibition presents 12 short films that are crosslinked with numerous objects and drawings. The films span three decades and highlight different aspects of the film works of Švankmajer, both thematically and in terms of animation techniques. Švankmajer is a magician at bringing things to life through stop-motion animation.

Things often perform as actors. Tree roots, chairs, a coffin, walls: everything comes to life. His objects and man undergo metamorphosis after metamorphosis. But while the former liberate themselves from death and the utilitarian, the latter is often reduced to a machine, cuffed and gagged.

The work of Švankmajer is inextricably linked to surrealism, and the exhibition explores several surrealistic strategies that the artist has appropriated, among them collage. The two-dimensional collages from Švank-meyers Bilderlexikon represent a fictional world of flora, fauna and topography. Echoing to the lavishly illustrated compendiums, encyclopaedias and atlases of the 16th century, Švankmajer reunites natural science and philosophy and renders tangible the imaginary, the invisible and the subconscious. 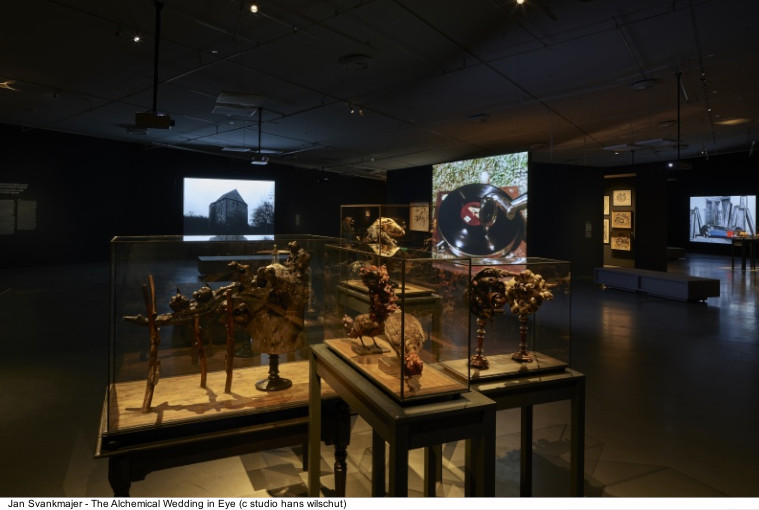 Švankmajer’s three-dimensional assemblages clearly draw inspiration from the Wunderkammer in the court of Emperor Rudolf II. Švankmajer has created imaginary objects that fill his own scientific cabinet of curiosities. The exhibition presents a wealth of alchemical compositions of exceptional power, composed of bones, laboratory glassware, brushes, kitchen utensils, and more.

Švankmajer’s sculptures stand out for their magical properties that stimulate our subconscious and imagination. The exhibition shows many of his extraordinary fetishes, which are charged with imaginary and spiritual powers and, according to Švankmajer, express the most secret desires and wishes and are the result of pure magic. 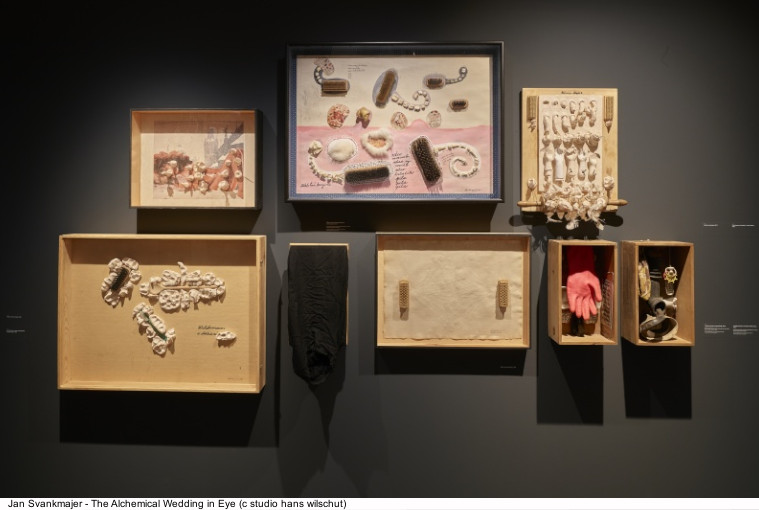 His intriguing tactile objects demonstrate that touch can stimulate the imagination and evoke radically different associations from those triggered by visual impressions. In this unique and extensive exhibition, Jan Švankmajer proves to be the ultimate advocate of imagination and unbridled creativity.