“In Tune With The World”: an exhibition about man’s place in the universe

Ever since the first exhibition of emblematic works from its collection, during the 2014 inauguration of the building designed by Frank Gehry, Fondation Louis Vuitton has regularly exhibited different selections of works following the Collection’s four distinct predetermined categories: Contemplative, Expressionist, Pop, Music & Sound (2014/2016), or groups of works from specific events dedicated to China (2016) and Africa (2017).

Throughout the galleries of the Frank Gehry building, In Tune with the World unveils a new selection of artists from the collection, of several different mediums, bringing together modern and contemporary works, most of which have never before been exhibited in these spaces.

More than a simple hanging of works, In Tune with the World is intended to be an exhibition based on a specific theme. This reflects today’s questions about man’s place in the universe and the bonds that tie him to his surrounding environment and living world, highlighting the interconnections between humans, animals, plants, and even inanimate objects. 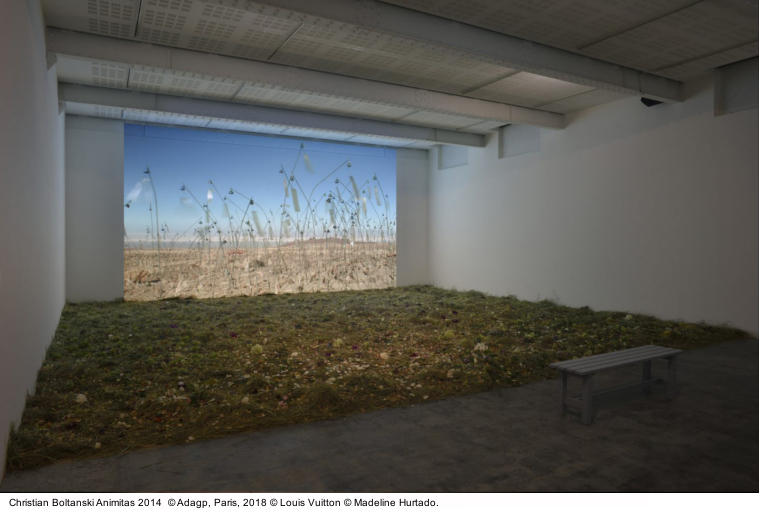 Two complementary sequences cover the entire building: Sequence A, located on the 2nd floor of the building, offers an immersion into the world of Japanese artist Takashi Murakami (born in 1962). Through the multiplicity of forms and materials represented in this exhibition (such as paintings, sculpture and videos), the prolific work of Takashi Murakami gives free rein to an unbridled imagination, saturated with colours and populated by fantastic creatures, half-human-half-animal, mixing popular and scholarly cultures, Buddhist iconography and manga, tradition and modernity, West and East, ancestral techniques and advanced technology.

Sequence B, “Man in the living universe”, brings together 28 French and international artists from different generations and techniques. It extends over the other three floors of the building and the outside Grotto area. Inspired by the assertion of Roland Barthes in “La Chambre claire” (Camera Lucida) (1980) “I have determined to be guided by the consciousness of my feelings”, the works are themed around the idea of emotional affinity. 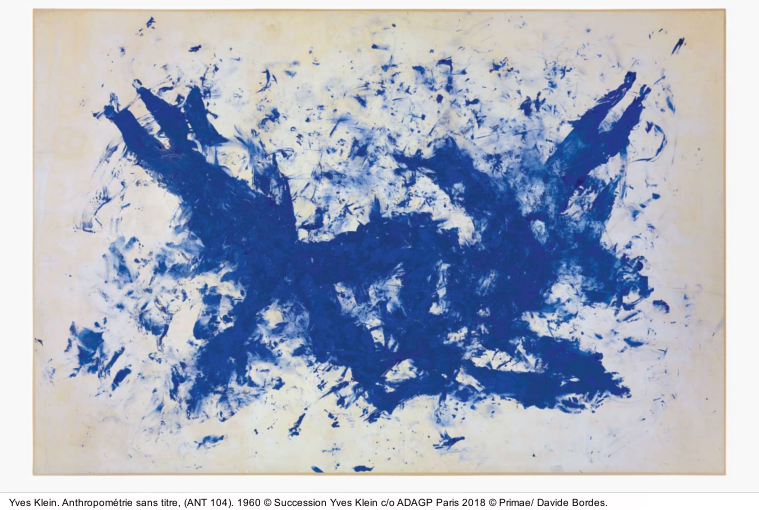 The title “Irradiances” refers to the light beam of Dan Flavin and brings together works in a variety of media: paintings, sculptures, videos, installations. Each work is about man’s continuous dialogue with nature, exploring how different materials and their metamorphoses can create a cosmic landscape.

“Here, infinitely …”, on the ground floor, in gallery 4, presents works by Cyprien Gaillard, Wilhelm Sasnal and Adrián Villar Rojas. By way of reworking iconic works from the history of art, these three artists reflect on man’s domination throughout history as well as on his potential demise. 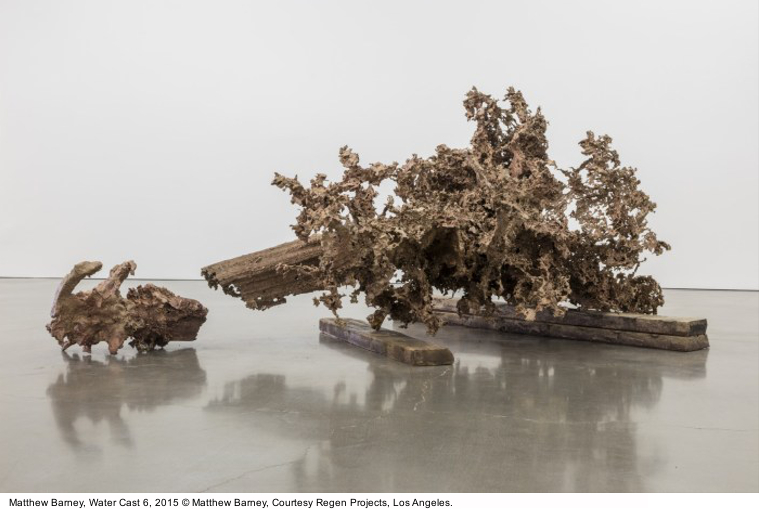 This sequence is inspired by the body in all its forms, from the most tangible to the most imaginary, taking The Man who capsizes (1950-1951) by Alberto Giacometti as its starting point, around which a set of four other works by the artist is presented.