In Transition marks a new direction for the artist – who is working for the first time with monotype printing in order to further explore the concepts of pareidolia within the context of creative and dream processes.

Subconscious and creativity through the phenomenon of pareidolia has been a focus of Fink’s practice. The term ‘pareidolia’ describes the tendency to perceive a specific, often meaningful images within a random or ambiguous visual pattern. Often associated with religious or intellectual epiphany, pareidolia is credited with helping the ancients to negotiate an unintelligible world through the interpretation of signs where there was merely chaos. 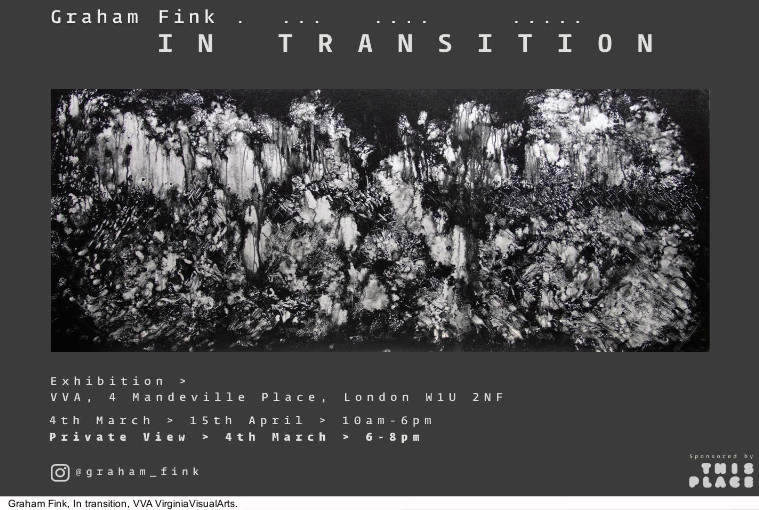 Fink’s monotypes imply flux or perpetual change apparent in our visual experience, cognition and perception. Here the viewer discerns not only one specific image but instead takes on a Vorticist-like montage of movement, a ‘Pareidolian Army’ – abstract forms and shapes engulfed in battle. These allude to our tendency to interpret formations and to conclude stories from their fragmented clues – something that artistic movements such as Cubism and Abstraction, all knew and understood implicitly.

Science and technology of the late 21st century has exposed a deeper mental reality and proved that human behaviour is a product of feelings, thoughts and memories, both on conscious and unconscious levels. The monotypes, along with new reliefs works, depict these endless streams of perception – the brain completing external imagery the eye cannot produce. The works are elusive in composition – light and shade, push and pull, vastness and obscurity – a moment travelled in time whilst pulling into a focus.

An op-art like quality gives a deep intensity to the series – intended to take the viewer into another level of consciousness, one which is often experienced in dream and creative processes – a ‘sweet spot’ – when our conscious is hyper alert but simultaneously there is a type of transcendental meditation. 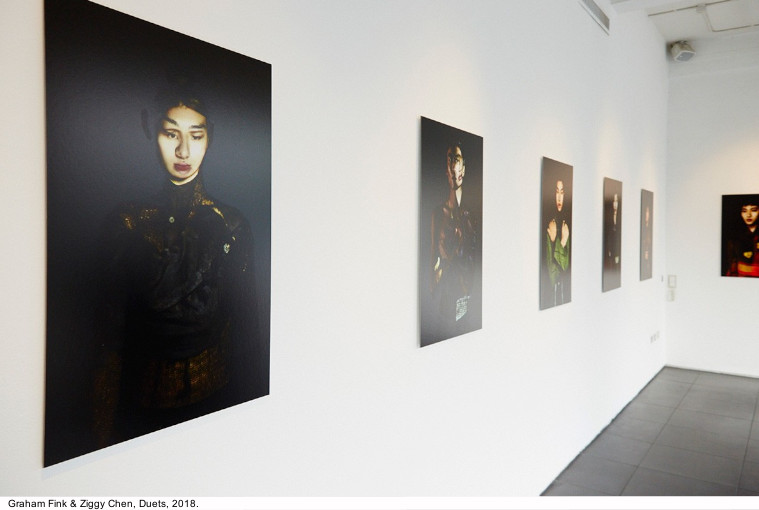 Through the fragmented and distorted compositions of the monotypes, Fink intends for viewers to revisit both memories and dreams and patterns within. Artist, Graham Fink says “In Transition is an inquiry into mind as process. I am interested in watching the uncensored mind at work and witnessing narratives as they arise. In the very act of watching, the viewer affects the phenomenon – by looking at the works, the audience becomes involved in the creative process. “ In Transition exposes human desires to identify and connect with the landscape before us, both real and imagined.

The exhibition is a continuation of Fink’s oeuvre as a multimedia artist. In Transition follows on from his 2018 exhibition Duets, a photographic collaboration with fashion designer Ziggy Chen held at Rankin’s Annroy Gallery. For the past year, he has also been an agent to the AI humanoid, Sophia, created by Hanson Robotics. Fink is currently working with Sophia on various projects to demonstrate her creative skills.