“Bodywork”, sixth and final exhibition of the series “Positions”

In the exhibition Bodywork, five intriguing artists will shine their light on the human body, each in their own distinctive way. Rather than regard the body as a natural entity, they consider it as a result of the culture in which it exists. The effect is humorous, hallucinatory, clinical and revelatory.

In this sixth and final exhibition of the series Positions, five more promising artists get the opportunity to exhibit new and existing work in the museum’s Old Building. Varying in terms of their geographical origins and forms of expression, each of these artists relates to the human body in their own way. 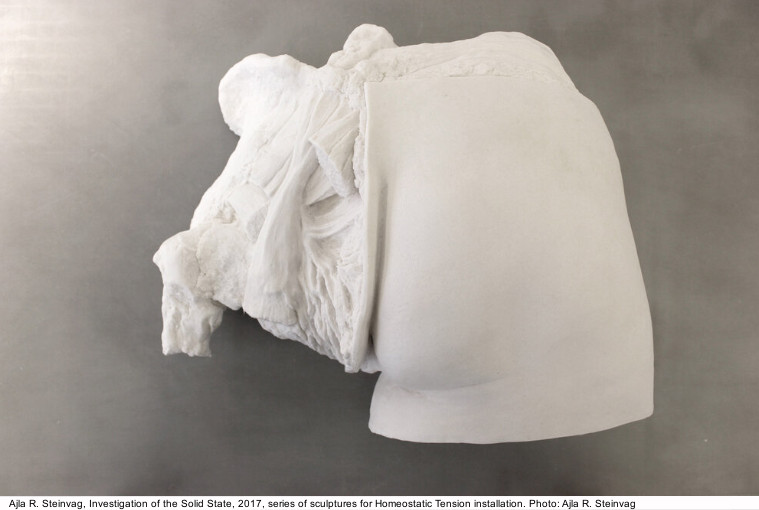 THE ARTIST AND THE BODY

Rather than regard the body as a natural entity, these artists consider it as a result of the culture in which it exists. They tackle questions such as the ‘engineerability’ of the body, (mis)communication, vulnerability and the effects of technological developments on the individual and on society. From the humorous and hallucinatory to the clinical and revelatory, the work of these artists invites the viewer to broaden their perspective of the human body through new experiences.

The exhibit will show work by Laure Prouvost, Praneet Soi, Zach Blas, Navine G. Khan Dossos and Ajla R. Steinvag. Navine G. Khan-Dossos (1982, UK), Praneet Soi (1971, India) and Ajla R. Steinvåg (1975, Norway) have previously had smaller displays at the Van Abbemuseum. Laure Prouvost (1978, France), a crowd favourite at the last Venice Biennale, is represented in the museum collection by her sensational work, Dit Learn. The work of Zach Blas (1981, US) will be exhibited for the first time.