ADA by Karina Smigla-Bobinski is a huge, free-floating interactive drawing tool that unearths the hidden creative talents of machinery, controlled by humans but producing its own autonomous language in charcoal marks across the white walls, ceilings and floors of the gallery space. 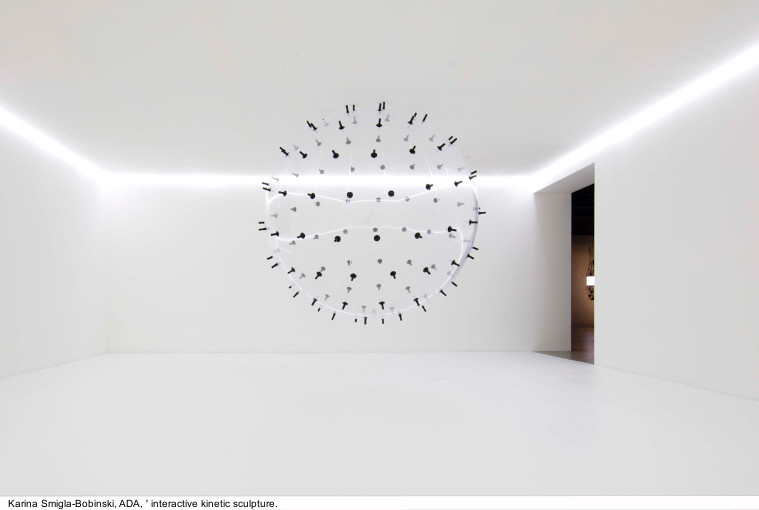 Advancing OMM’s mission to promote projects that combine art, design and technology, the installation will be in motion at the museum from 15 February, marking its inaugural appearance in Turkey. During an opening ceremony to launch the installation, dancer Li Kehua directed ADA’s initial movements in dialogue with her body, creating its first tracks in the museum.

The daughter of renowned poet Lord Byron, Ada Lovelace developed the very first prototype of a computer in the 19th century together with Charles Babbage. While Babbage provided the preliminary computing machine, she wrote the first software. Lovelace was the first to recognize that the potential of computers lay beyond mere calculation – she set out to create a machine that could paint and write poetry. Similarly, ADA extends the possibilities of automation into a realm of creative generation. 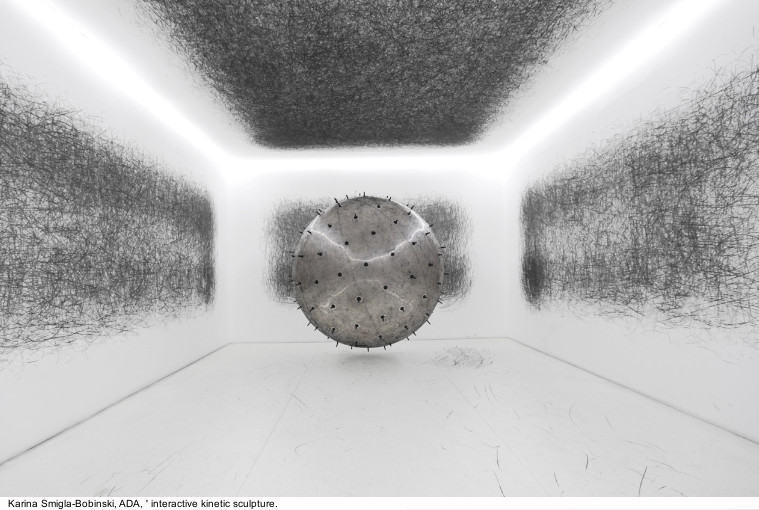 Influenced by the mechanical sculptures of Jean Tinguely, ADA is a post-industrial creature that channels the spirit of biotechnology with its organic, self-determined output. Smigla-Bobinski’s kinetic sculpture takes the form of a transparent, membrane-like globe filled with helium and studded with charcoal spikes. Activated by visitors, the sphere revolves around the room with relentless energy, leaving indecipherable charcoal traces on the surfaces it encounters. As the white walls of the exhibition area begin to fill with markings, a complex structure emerges.

Although the visitor can control ADA’s trajectory, the form of the composition cannot be calculated in advance; the autonomous movement creates an evolving series of patterns and signs which become its own symbolic language. ADA is movement experienced visually, as if witnessing a computer produce a surprising output upon entering a command. 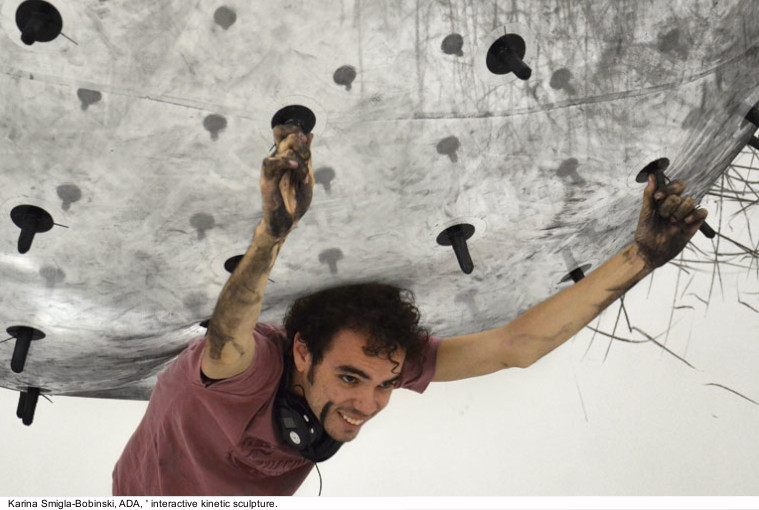 As Lovelace’s poetic vision for the computer reached past basic command execution, so Smigla-Bobinski’s ADA is a machine that acts as an independent artist, whose spontaneous output can only be decoded through the human power of association.