In view of the great success of Walkthroughs, synthesis is pleased to present Walkthroughs – A Further Look.

With many of us still stuck home, Zoom taking over most of our social life and the art world going digital, synthesis long to create a virtual ecosystem that keeps on feeding our creativity and frees us from tension and stress. Walkthroughs is synthesis’ response to the current challenging times. Now more than ever, synthesis thinks it is important to stay connected, creative and get inspired. Walkthroughs of VR artistic experiences is what synthesis has envisioned.

VR art live streamed through the artist’s eyes. A weekly meetup happening safely online with curators joining the conversation and creatives that, in turn, put the headset on, share their screen and walk us through the VR work. The walkthroughs focus on providing an overview of the artist’s creative process and insights into the work as heard from the artists themselves, as they walk us through it.

For Walkthroughs – A Further Look, synthesis is thrilled to present artworks by Claudia Hart, Armin Keplinger and Alfredo Salazar-Caro. 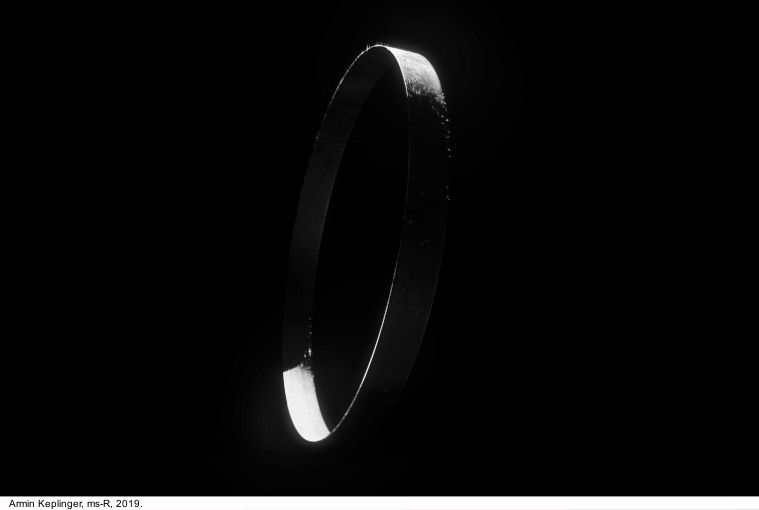 In ‘Dreams of the Jaguar’s Daughter’, Mexican artist Alfredo Salazar-Caro recreates the dreams and memories of the immigrant Maya Achik on her journey from Guatemala to North America in a surrealistic and immersive work that combines documentary footage (3D scans, drones, traditional footage, interviews and 360 footage) and animation, faithfully inspired by the events of the 2018 Caravan immigrants’ journey.

ALFREDO SALAZAR-CARO (b. 1989, MEX, https://salazarcaro.com/) is a creator living/working between Mexico City, NYC, and Online. His works are an amalgamation of portraiture, installation/sculpture, documentary, video, and VR/AR. Salazar-Caro is co-creator and creative director of DiMoDA, The Digital Museum of Digital Art. His work has been exhibited internationally at Tribeca Film Festival, Dreamlands at the Whitney Museum, The Wrong Biennale in São Paulo, Brazil, Die Ungerahmte Welt at HeK Basel Switzerland, among others. 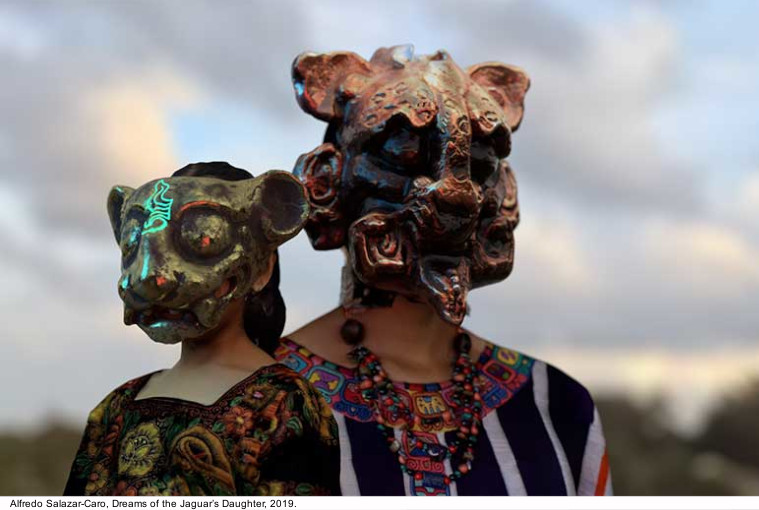 For Walkthroughs, Claudia Hart presents ‘Alice Unchained’ and ‘ON ZOOMOLOGY’. According to Hart: “Alice Unchained is a machine for thinking: a virtual chamber for repose and contemplation.” Inspired by Alice in Wonderland, the 2018 work mixes 3D animation, motion-captured ballet and music improvised live in the VR environment to later recapture it in the bodies of music avatars who deform to the music. The back and forth exchange between the virtual and live, merges and fuses the two in a liminal, uncanny way. Inspired by the technology theorist Donna Haraway’s Cyborg Manifesto, Hart creates a chamber music experience that reminds of the 19th century salon for chamber music and time of Alice.

In 2019, Claudia Hart received the award from the Esports Digital Art Prizes. Her acceptance of the award included the creative remixing of ZOOM’s virtual background feature. The acceptance video went viral and points to a playful emerging art practice in the time of crisis, something Hart calls ‘ON ZOOMOLOGY’. The series riffs on her School of the Art Institute seminar, Travels in Hyperreality, and includes mini rants on influential media theorists, from Baudrillard to Marshall McCluhan.

CLAUDIA HART (b. 1955, USA, https://claudiahart.com/) is an artist and associate professor in the Department of Film, Video, New Media, Animation at the School of the Art Institute of Chicago, Chicago, Illinois. She is represented by bitforms gallery, New York. Hart has been active as an artist, curator, and critic since 1988. She creates virtual representations that take the form of 3D imagery integrated into photography, animated loops, and multi-channel animation installations. 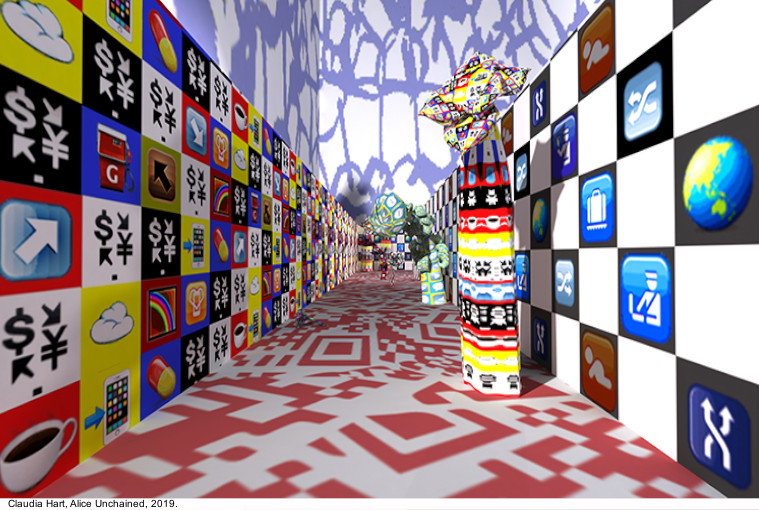 synthesis artist Armin Keplinger has, in his practice, consistently focused on the transitional moment of materials as they change state of aggregation to a solid, liquid, or aerial one. During recent years, Keplinger has increasingly concentrated his artistic practice on the intersection of the analogue with the virtual space, with special emphasis on Virtual Reality. For Walkthroughs, Keplinger presents ‘A/Bruteforce’ and ‘ms-R’. In the apocalyptic ‘A/Bruteforce’ (a work by the artist duo A/A – Andreas Greiner/Armin Keplinger), the viewer is slowly approached and engulfed by a black cloud of dust and detritus. ‘ms-R’ features a moon-sliced ring with zero latitude. As the ring moves slowly in a circle around the participant’s view with subtle light and movements, ‘ms-R’ aims to send the viewer on a journey to black-ended spaces.

ARMIN KEPLINGER (b. 1982, AUT, https://www.arminkeplinger.com/) is an artist with focus on digital image creation and state of art CGI techniques. In his practice, Keplinger explores the interaction between digital and physical spaces as well as the split between different stages of time. His video artworks, sculptures and installations have been exhibited at Winzavod Moscow Contemporary Art Center, Opera National de Paris, Saatchi Gallery and Hessel Museum of Art among other ones. 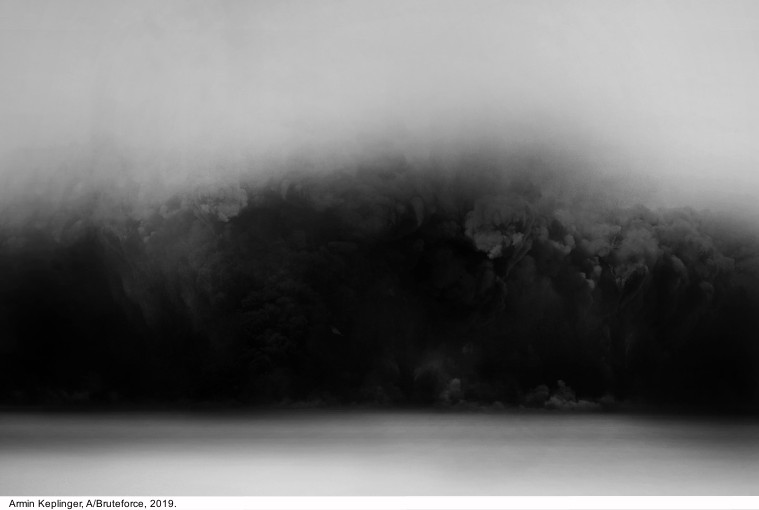 Synthesis gallery is an immersive blend of technology and art displayed under one roof, showcasing cutting-edge experiences by new wave artists and visionaries through virtual reality. Founded in New York in October 2017 by George Vitale, the gallery opened its doors to the public in April 2018 in Berlin. Pieces are displayed through different media. Tangible and traditional art forms intermingle with Oculus and Vive headsets. Dedicated to exhibiting internationally renowned, well-established artists alongside emerging ones, since its inception, synthesis has garnered considerable attention in the art scene.